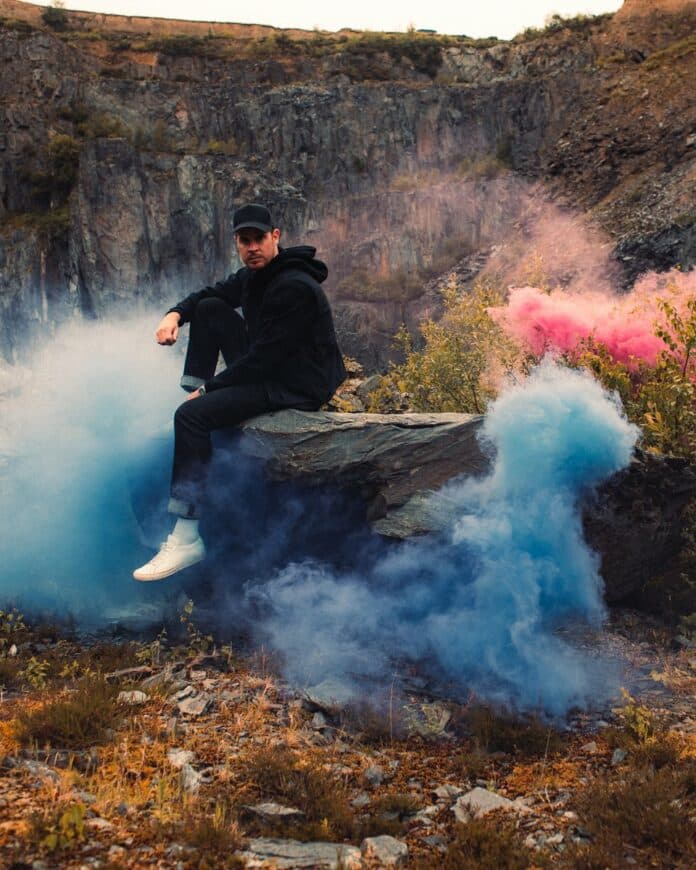 Mark Wilkinson, better known to drum and bass fanatics simply as Wilkinson, is a prominent name in the dance music world. Mark has released a flurry of triumphant tracks, including Afterglow, which peaked at number one on the UK dance charts and has over 100 million streams on Spotify alone.

With many new projects coming, Wilkinson joined us for an interview to talk about his latest album and his brand new single, Used to This.

I’m good thanks and yes the music world is treating me well all things considered in these rather crazy times we’re now living in! I get to do something I love every day, so I’m very grateful and aware just how fortunate I am.

Not long ago, you launched your label, Sleepless Music label. How did the idea for it come about, and what do you hope to achieve with it being one of the most prominent artists in the electronic music sphere?

Yes we launched in Feb and we’ve worked really hard this year to release music we are passionate about. I used to co-own CYN Music many, many years ago with Cyantific and Snap Clicker so running a label has always been in my DNA. It just felt like the right time to do it again, this time with Sleepless Music. We want to build something special and work with a handful of artists we believe in. It’s not about putting the label front and centre, it’s about putting the artists first. Giving them fair deals and a bespoke service. I really enjoy the A&R process of finding new talent and helping them take their music to the next level. I find it very rewarding. We’ve put music out now from myself, Krakota, Audioscribe, Montell2099 and K Motionz. And we’re only just getting started!

You’ve had a great year in terms of releases. Do you have a favourite track you’ve released this year?

Ah thanks. I just try and stay consistent and am sitting on so much new music it’s hard to not release records every few months. Not sure if I have a favourite but I’m really excited by my new single Used To This. It features Issey Cross who’s an amazing new talent and I’ve wanted to make something rolling, with a sweet vocal sound for a while now, so it just came together really organically.

You’ve announced your third studio album, Cognition. What is the theme of the album, and how will it differ from your previous work sonically?

Yes it drops this Feb and I actually feel like its my best album to date. It’s been two years in the making and the theme is really about the Cognitive process, hence the title. I think its reflected in the artwork as well. I want people to really feel my music when they hear it. It’s a sensory thing. I’ve got the usual club bangers on there, plus more musical and deep moments and I’ve been really lucky to work with some incredible writers, artists and a couple of my new favourite producers. I’m just excited to get it out there now!

Do you have any specific tracks from the album that you feel have escalated your production skills further?

Well I’d like to think the whole album is a step up. That’s what I try to aim for on each project. I always want to better my song-writing, my ideas and my sonics on each record. That’s the plan anyway!

With 2022 around the corner, you have the album releasing and a massive show at the Brixton Academy in February. Do you have any other big potential releases or shows that you can tease us with?

Ah yes Brixton is going to be amazing. I’ve done Brixton twice before and it kind of feels like my London home now. But yes there’s a lot confirmed for next year, not only myself but also Sleepless. We basically try to never take our foot off the gas. So expect tours, festivals, lots of releases and much more.

Finally, what advice would you give up and coming music producers looking to succeed in the music industry?

As cliché as it sounds… just be yourself. Be true to what you love. I think social media has its pros of course, but I also believe social media can make you compare too much and make you lose sight of what is natural and organic. Spend less time trying to get ‘likes’ and more time honing your craft. This is a marathon not a sprint. And remember to enjoy the journey because the destination is a myth.

Stream Used to This on Spotify