“The whole time I was making this album it felt like there was a lot to be happy about in my life and everyone could see it but me,” he added on social media. “A lot of this album was spent trying to remind myself of all the reasons I had to smile. Going back to what and who inspired me.” 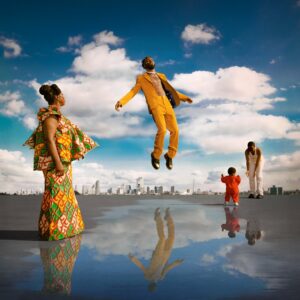