13 Best Quotes from Luca Guadagnino’s I Am Love 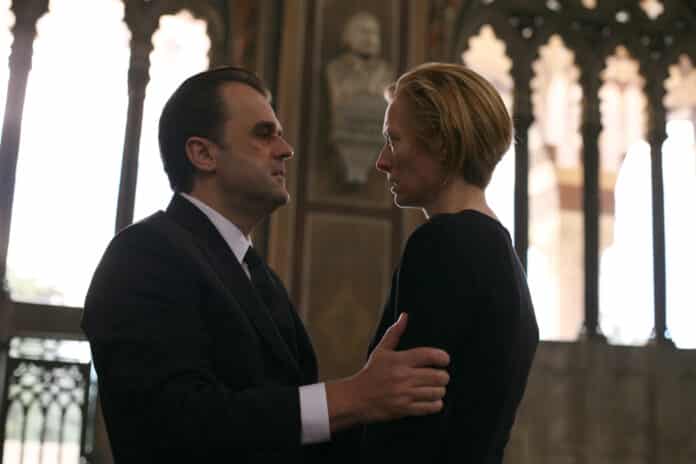 I Am Love is an Italian romantic drama set in Milan around the year 2000. The film follows the wealthy Recchi family, who are textile manufacturers. Tilda Swinton’s Emma Recchi married into the family but is originally from Russia. She misses home greatly and often makes a Russian soup, ukha, for her son Edoardo. This soup recurs throughout the film as a symbol and trajectory of Emma’s relationship with her son and his friend Antonio, a chef who beats Edoardo in a race and subsequently gets involved with the Recchis.

The film begins with a family dinner hosted by Emma and her husband Tancredi, where Edoardo Senior plans to retire from the business and hand it over to his successor. The family is surprised when he names both Tancredi and Edoardo Junior. Antonio shows up with a cake as a consolation prize for Edoardo for the race, and this is where he meets Emma. Over the course of the film, Emma and Antonio’s relationship flourishes in unexpected ways. Meanwhile, Emma is trying to be a good mother to Edoardo and her daughter Elisabetta, who has been concealing her true identity from her family, whose wealth she seems to quietly tolerate – yet also reap the benefits of.

The film’s soundtrack, using pre-existing compositions by John Adams, is as much a part of the story as the rich imagery and dialogue. Conversations are sparse in this movie, and thus, all the more impactful. Here is a selection of memorable quotes from I Am Love.