Father John Misty has announced a new album. Chloë and the Next 20th Century, his fifth studio album and the follow-up to 2018’s God’s Favorite Customer, arrives on April 8 via Sub Pop worldwide and Bella Union in Europe. Today’s announcement comes with the release of the lead single ‘Funny Girl’, alongside an accompanying Nicholas Ashe Bateman-directed video. Check it out below, and scroll down for the LP’s cover art and tracklist.

Chloë and the Next 20th Century features arrangements from Drew Erickson and production from Josh Tillman’s longtime collaborator Jonathan Wilson. It was mixed by Dave Cerminara. In addition to the standard vinyl, CD, cassette, and digital release, the album is also available in a limited deluxe edition that comes with a hardcover book featuring bonus 7″ singles. Those include Lana Del Rey covering ‘Buddy’s Rendezvous’ and Jack Cruz covering ‘Kiss Me (I Loved You)’.

Chloë and the Next 20th Century Cover Artwork: 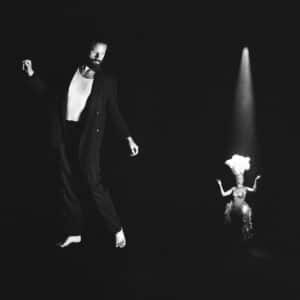 Chloë and the Next 20th Century Tracklist: