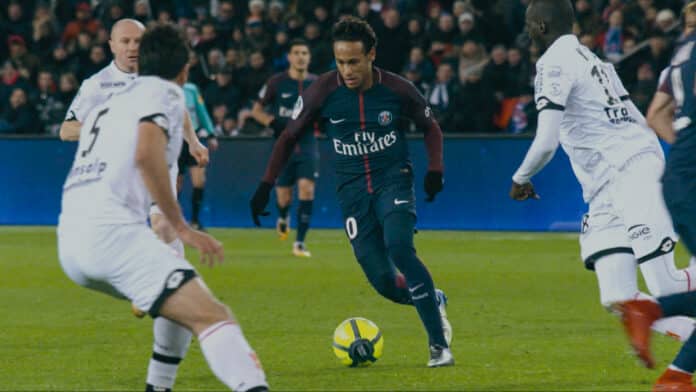 Neymar is a football star from Brazil and one of the highest-paid athletes in the world. His legacy is cemented as one of the greats of the beautiful team sport, and in this three-part docuseries named Neymar: The Perfect Chaos, we get close and personal with the superstar himself. Netflix’s series features interviews with Beckham, Messi, Mbappé and many other legends — as they weigh in on Neymar’s place in sports history.

Neymar is a well-known Brazilian footballer who started his career in Brazil with Santos. In 2013, he made a significant move to the Spanish side of Barcelona, one of the most dominant clubs in the world of football. However, this move wasn’t all for the big-name star. He moved from Barcelona in 2017 to PSG and currently plays alongside Lionel Messi and Kylian Mbappé. For Neymar, his legacy reached the highest heights in 2016 when he took Brazil to their first Olympic gold medal in men’s football at the 2016 Summer Olympics. Whilst Neymar’s career certainly isn’t over; the documentary will hopefully enlighten us on what may be next for him.

The docuseries will be available on Netflix from the 25th of January, 2022.

Watch the trailer for Neymar: The Perfect Chaos below.