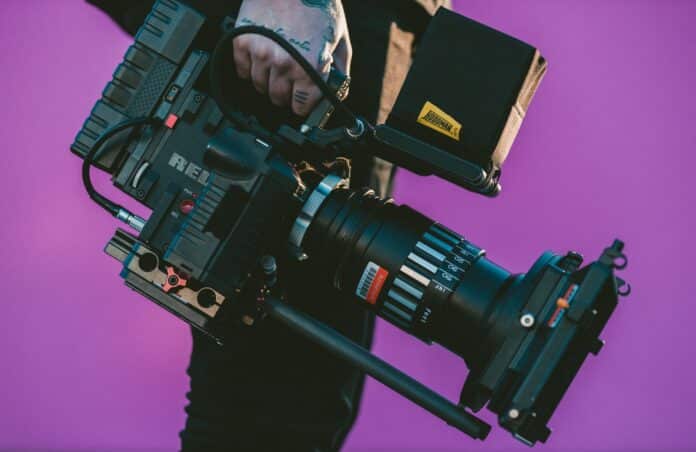 The New Year just came in, which means you can get ready for countless lists concerning 2022. Covid will gradually recede hopefully, cinemas will regain their former power so that distributors and studios will surprise us with bright premieres more than once. In this list, we will be talking about 5 films that you should definitely wait for, despite all the postponements and lockdowns: from the new “Harry Potter” to “Batman”. So, without further due:

A nostalgic meeting with the actors of your favorite movie sequel.

Following the reunion of “Friends”, HBO Max will try to pull off a Christmas miracle with “Harry Potter”. Emma Watson, Rupert Grint, Daniel Radcliffe, Helena Bonham Carter, Gary Oldman, and other actors will once again walk along platform 9 3/4, sit in the ceremonial hall of Hogwarts and remember the past in the Gryffindor living room or the potions room. Among the directors of this special episode is Eren Creevy, the author of the thriller “Welcome to the Punch”.

“Harry Potter 20 years later: Return to Hogwarts” and all films of the “Harry Potter” franchise are already available from January 1 so you can kickstart the year with your favorite sequel!

Matt Reeves, which is the director of Planet of the Apes films,  is relaunching the Batman story. Reeves promises that his movie will be a thriller in which a young Bruce Wayne will face a serial killer Riddler (Paul Dano). The star cast is complemented by Zoe Kravitz (Catwoman), Colin Farrell (crime boss – Penguin), Andy Serkis (butler Alfred Pennyworth), Jeffrey Wright (Commissioner Gordon), and others. It is already known that the new “Batman” will have sequels and two spin-offs: a series about Penguin (in the spirit of “Scarface”) and a detective show about the Gotham police will be released on the streaming service HBO Max.

After Mysterio revealed that he was Spiderman, Peter Parker’s world is turned upside-down. Doctor Strange is called in to help the hero, but the spell doesn’t work and they disrupt time and space, opening up the multiverse. This Spiderman movie has been having one of the highest ratings of any spider-man franchise movies. Combining the different aspects of all the previous movies, this is definitely one of the finest works Marvel has given us. Spiderman has been a blockbuster since the moment he was released into comic magazines, taking over not just the movie industry, but gaming as well. You can even find Spiderman-themed slots at stakers.com/en/casino/.

“Scream” is one the most popular horror franchises of all time. The first instalment not only brought in over 100 million dollars at the national cinema but also rekindled the interest of the public for slashers. The film’s popularity led to hits like “I know what you did last summer” or “Urban Legends”.

All the stars from the past four tapes will be back on the screens. Neve Campbell will again portray the Sidney Prescott image, while Courteney Cox, “Friends” star, will play Gail Weathers. David Arquette will be playing the retired police officer Dewey. Bright new characters bring many important details to the original story. The films’ fame came from their unique combination of horror and black humour.

All fans of horror will be delighted by the bloody exploits of “Ghost Face”. Rare ingenuity and a lack of remorse are what distinguish murderers from those who remain at the back.

It’s been about 10 years since James Cameron released this masterpiece of a cult movie. This time, the action will take place not only in the forest but also underwater in a new story about amazing creatures. To make things better, the same actors from the original avatar will feature in this sequel. In this part, Jake Sully adopts the avatar of a soldier to become the leader of the Na’vi people. He now has someone to fight for: his beloved Neytiri. Jake will fight back against the heavily-armed Earthlings who return to Pandora.