New Zealand alt-pop band Yumi Zouma have announced their fourth album with the single ‘The Eyes of Our Love’. Present Tense, the follow-up to 2020’s Truth or Consequences, comes out on March 18 via Polyvinyl and includes previous offerings ‘Give It Hell’ and ‘Mona Lisa’. Check out the new track, alongside a video directed by filmmaker Alex Ross Perry, below.

“Recorded at 204bpm, ‘In The Eyes Of Our Love’ is a rip-roaring belter of a track and the fastest song we’ve ever written,” the group’s Charlie Ryder remarked in a statement. “What started out as an homage to Fast & The Furious: Tokyo Drift ended up as a love song set against a backdrop of torture and insurrection stoked by the Nixon administration, so if you like songs with two bridges and strong socialist leanings, then ‘In The Eyes Of Our Love’ could be the track for you!”

“Agreeing to make three interconnected videos was something I should have thought about for longer than 15 seconds before agreeing to it,” Perry added. “The anxiety of conceptualizing a small story, that can be told without dialogue, and set to music, gripped me from the moment my video call with the band ended. Their thoughts were excellent, specific, and unachievable with the time and resources I would be able to pull together. But I began to feel inspired by the concept of taking these vast ideas and situating them within a single location, transforming the aesthetic, visuals and mood to match the three different songs. My only chance for success was to rely heavily on a great cast and crew to create these spaces and film them in a way that felt consistently alive and unique. Fortunately for me, they all over delivered.” 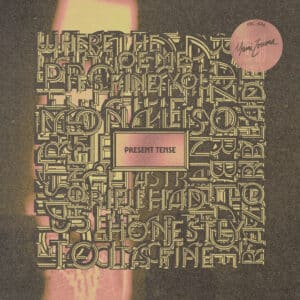