Ibibio Sound Machine have announced their new album, Electricity, which is set to arrive on March 25 via Merge. The LP was produced by Hot Chip, marking the first time the group has worked with external producers since its formation in London in 2013 by singer Eno Williams and saxophonist Max Grunhard. Along with the announcement, they’ve shared a new single called ‘All That You Want’, which follows the October track ‘Electricity’. Check it out below and scroll down for the album’s cover artwork and tracklist.

Hot Chip shared the following statement on the new album: “Prior to the sessions, we had run into Ibibio Sound Machine at festivals and loved watching them perform. There are very talented musicians throughout the band, and Eno is a massively charismatic, skilled singer. The sessions were hugely rewarding as Ibibio brought in friends and collaborators to add a wide array of different instruments—some of which were unfamiliar to us. The songs on this record are uniformly great, and we were really happy to be a part of making it.” 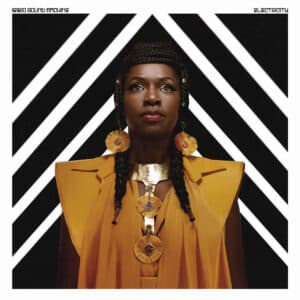