ginla, the duo of Joe Manzoli and Jon Nellen, have released a new song called ‘Carousel’, featuring Big Thief’s Adrianne Lenker. The single will appear on the forthcoming album Everything, which arrives on March 25 via their newly founded label No Content. The LP was mixed by Rusty Santos (Animal Collective, Panda Bear). Check out ‘Carousel’ below and scroll down for the album artwork (by Alessia Gunawan and Lara Hosking) and tracklist.

“This song was written at the top of quarantine,” Nellen explained in a statement. “I was dealing with the ideas of mortality, consumption, life-planning, destruction–all things we were forced to confront in some way during the beginning of the pandemic. The idea is that all of these are revolving and evolving elements in life, like a carousel spinning in circles. I didn’t plan on writing this but it sort of spilled out subconsciously in a couple days in early April.” 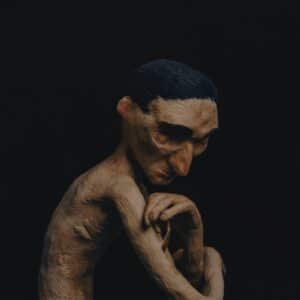