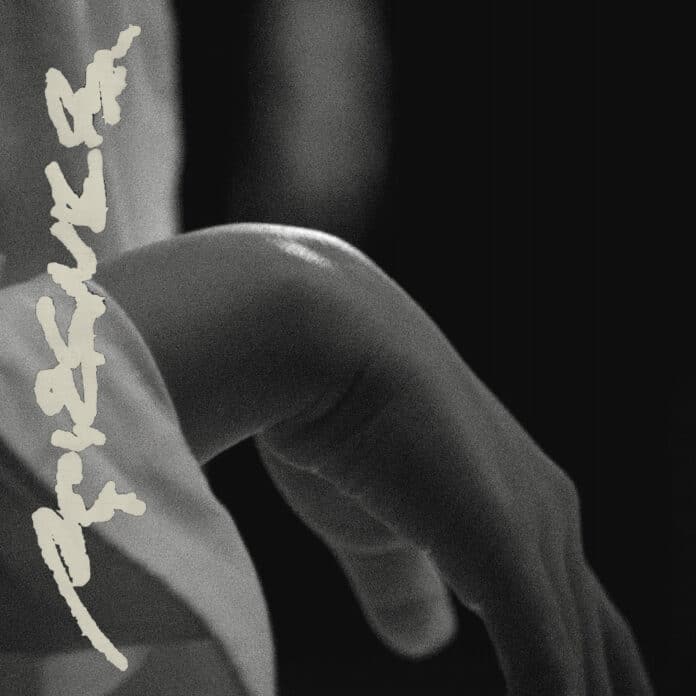 Tissues, the latest album from Berlin-based, post-industrial artist Pan Daijing, is a studio recorded excerpt from Pan’s five-act opera of the same name, which played at the Tate Modern two-and-a-half years ago. Though extracted from its broader piece, this album version of Tissues still feels immediate and full of vitality as a standalone work. The music centers around the relationship between biological human sounds and mechanical synthesizer sounds. Operatic voices co-mingle with the buzzing of layered drones and noise. It’s an album that screeches and rumbles, forming compositions that are simultaneously beautiful and hostile. Ultimately, the album breaks down the binary between human and machine, revealing the humanity of machines and the mechanics of humans.

Pan’s last two records, Lack and Jade, are explorations of human limits and abjection. Her song ‘Practice of Hygien’ (the third track from Lack) unfolds as a cacophony of hideous bodily releases: grunts, wheezes, gasps, moans, spittings, slobberings, and hiccups. Though Tissues steps away from the extremely raw and vulgar human sounds which characterize Pan’s earlier work, it’s still focused on pushing the boundaries of biological sounds and questioning the limits of their classification. The album’s an experiment, exploring the musical potential of our biology in an industrial era.

At the start of ‘A Raving Still’, the first of Tissues’ four parts, a heavily distorted cluster of synths announces itself in an abrupt burst. It then subsides, simmering beneath an operatic trio of a counter-tenor, a soprano, and a mezzo-soprano. The tension between these two seemingly discordant elements (noisy electronics next to classical uses of the human voice) is the album’s musical backbone. Yet a few minutes into ‘A Raving Still’, another voice cuts through the mix (Pan’s own). The voice repeats itself three times, asking the question: “why do we have to?” This voice, pitched-down and processed, stands as a dialectical synthesis between the track’s opposing biological and industrial layers. It’s discernibly human, yet digitally manipulated: the lovechild of two opposing elements. Yet this voice isn’t just a fusion of two contrasting sounds. It’s also a merger of two disparate modes of existence: simultaneously classical and biological, yet also modern and artificial.

As Tissues unravels, Pan’s soundscapes interrogate the impurity of both human and artificial sounds. Whereas the album begins with a clear polarization between the biological and the electronic, this distinction becomes increasingly ambiguous. ‘A Tender Accent’, the album’s third piece, unleashes one of Tissues’ many intense stretches through a scratchy and wailing frenzy of sound. Artificial and biological sounds become indecipherable, too alien to distinguish their origins. These sounds evoke a framework where distinct modes of existence blur together, and the inanimate melds with the animate.

Pan often speaks about how her music takes influence from a variety of mediums (especially film and philosophy). In her Red Bull Music Academy interview, Pan describes converting stimuli from one sensory input to a different sensory output. For instance, smells can translate into sounds for her. This cross-modal approach to music reveals a streak of open-mindedness which defines Tissues. It’s an album against purities, against binaries, against the tyranny of classification. Pan’s sounds dwell on in-between zones, where nothing is complete. In Tissues, as the human voice slowly becomes one with its industrial background, it brings moments of absolute terror. Pan’s claustrophobic mixes of suffocating sounds come to life in absolute agony. Yet there is beauty amidst the chaos, once this human-industrial synthesis is accepted. Pan seems to find liberation and lucidity by surrendering her humanity to the ambiguity of our modern industrial existence. At the very least, this surrender leads to another great album in her catalogue.

Album Review: Pan Daijing, ‘Tissues’ Tissues, the latest album from Berlin-based, post-industrial artist Pan Daijing, is a studio recorded excerpt from Pan’s five-act opera of the same name, which played at the Tate Modern two-and-a-half years ago. Though extracted from its broader piece, this album version of Tissues still...