Many Voices Speak, the project of Swedish musician Matilda Mård, has announced a new album called Gestures. The follow-up to her 2018 debut Tank Town arrives April 29 via Strangers Candy. Today’s announcement comes with the release of a new single, ‘Seat for Sadness’. Check it out and find the album’s cover artwork and tracklist below.

“The verse of this song kind of came to me all at once. Then it took quite a long time until I got the rest of the song out of me,” Mård said of ‘Seat for Sadness’ in a statement. “I lived in Berlin at the time and rented a piano room at a music school, and most of the hours spent in there I was searching for the rest of the song. It wasn’t until me and Petter Nygårdh had started recording the album back home in Sweden, that I came up with the melody that would become the chorus. The new chorus pushed us in a new direction by making the whole song require something more. We had only brought a small part of the home studio to a country house to escape the noise from the neighbour’s renovation, but we found an acoustic guitar in that house that ended up being an important part of Seat For Sadness, and later on an important part of the album as a whole.”

Talking about the album, Mård added: “What unites the songs is a need for inner change, to handle the things in life that can’t be changed. I’m creating strategies for myself – new ways of thinking, so I can live with certain things. The title comes from that. I’ve figured out that gestures are important because they’re proof of love, and that’s the only power we have against death and separation.” 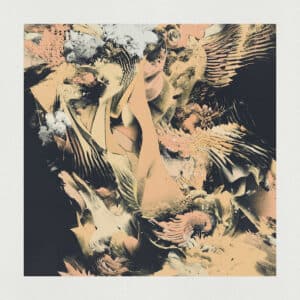