Dena Miller, who records under the moniker Deer Scout, has announced her debut album. Woodpecker is set for release on April 8 via Carpark Records, and it includes the new single ‘Cowboy’. Check it out below.

Woodpecker was recorded and mixed primarily by Heather Jones at So Big Auditory in Philly. It features contributions from Ko Takasugi-Czernowin on bass, cello from Zuzia Weyman, drums from Madel Rafter, and guitar from Miller’s father Mark. According to a press release, many of the album’s tracks were written during periods of grief or change. “I used to sing myself to sleep as a baby and I think music still plays the same role in my life – it’s a way of self-soothing or seeking comfort,” Miller explained. “But there’s also part of it that comes from wanting to connect with people.” 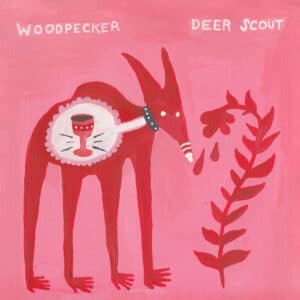