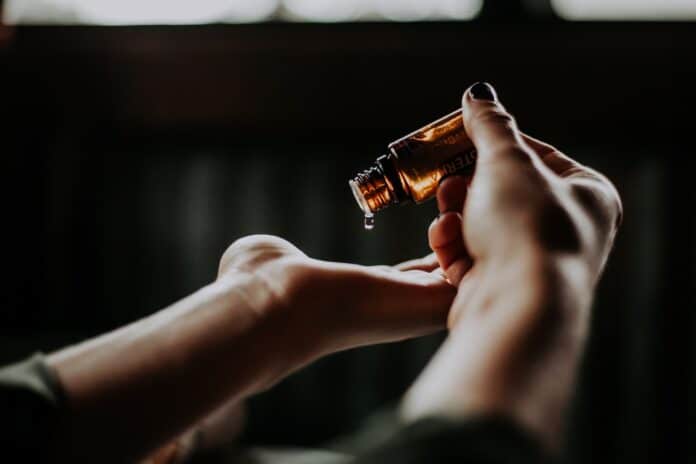 Cannabidiol, also known as CBD, is a natural component of industrial hemp and is an excellent alternative for those who enjoy the effects of the marijuana plant without actually partaking in it. Although cannabis has been used for medicinal and recreational purposes for many years, it has become popular in the sports industry lately. It is not just textiles and apparel that use CBD in their production, but many active lifestyle brands are also looking into this alternative. Here are some of the significant reasons CBD is becoming popular in the sports industry.

While many athletes use anti-inflammatory medications like NSAIDS to relieve the pain associated with inflammation, CBD has also been shown to treat inflammation without the side effects of these drugs. Some research has found that CBD can block an enzyme called FAAH, which the body uses to break down naturally occurring endocannabinoid molecules that work as neurotransmitters. The CBD with high doses of both CBD and THC is concluded to be the most effective oil for inflammation. This is because it works on the endocannabinoid system instead of blocking enzymes like FAAH.

Research studies have also confirmed that CBD reduces the levels of pro-inflammatory cytokines, inhibits T cell proliferation and decreases migration and adhesion of immune cells. CBD supply companies such as ChemicalPlanet and NuLeaf do extensive testing to develop the supplements with the best and most functional formulas.

CBD Can Assist With Recovery After Intense Exercise

As mentioned earlier, CBD increases muscle cells’ glucose uptake, which helps them recover faster after intense exercise. The more quickly muscles can repair themselves, the less time it takes for an athlete to get back into the gym or their next training session. CBD positively affects mitochondria which are often associated with stamina and endurance. The more efficient mitochondria cells produce energy, the longer an athlete can work out before becoming fatigued.

Endogenous glycogen synthesis, otherwise known as the production of glycogen within the body instead of taking it in from food or supplements, is an effect that can increase both physical and mental performance for athletes. This means that after intense training sessions where glycogen stores are used up faster than they are replenished, CBD oil can help repair these glycogen stores more quickly, resulting in better performance.

Marijuana Can Assist With Muscle Spasms

Tetrahydrocannabinol, or THC, the compound in marijuana, can be used to relax muscle spasms. Spasticity in muscles is a common problem for those injured or suffering from certain conditions, such as multiple sclerosis. This is because the antispasmodic effects of CBD help relax the muscles and relieve pain. This can be a big deal for athletes who have been injured and want to maintain their physical fitness while recovering.

While serotonin is not an endorphin, it still plays a very significant role in the process of helping athletes maintain their focus and motivation. Serotonin affects mood and alertness, which can significantly impact how motivated someone feels to exercise regularly. CBD has been shown to increase serotonin levels by preventing the reuptake of this neurotransmitter into the presynaptic cell. This makes CBD oil a suitable compound for anyone who wants to work out longer, more complicated, and more frequently.

As you can see from the points above, there are many reasons why CBD is becoming popular in the sports industry. Not only does this natural alternative have less harmful side effects than traditional pharmaceuticals, but it also provides many of the same benefits. Athletes who want to train harder and get back into their game faster should consider CBD products for pain relief, inflammation management, energy-boosting, and mood stabilization.