“Eyeline is a mixtape we started in mid-November while on tour,” LEYA said in a statement. “It is not our new record. We recorded it mostly at home and asked friends to contribute. It is of the origin of sight, like seeing the one who is watching, an imperfect parade for charmed constellations.” 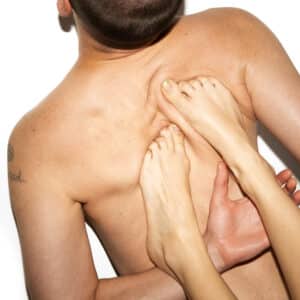