In Which Countries is Online Gambling Most Popular? 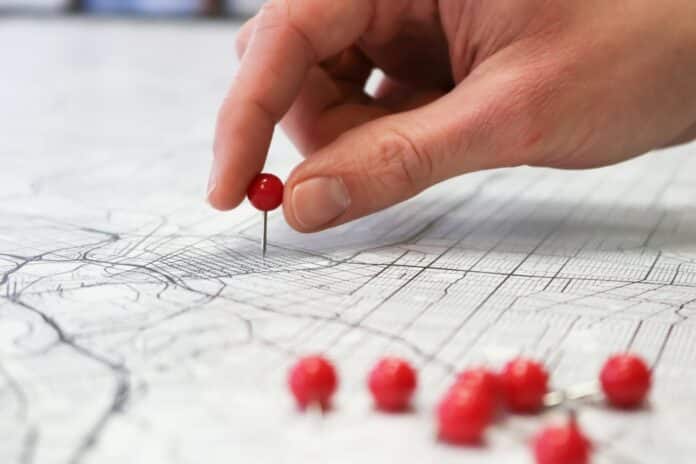 Online casino games are becoming more popular and a must-have choice for individuals all around the world. There has been a steady rise in users across the world, and states are changing their laws to meet the needs of the market. Some nations have more liberal online gambling laws, while others have stronger gambling regulations. Read this evaluation to learn more about the most popular gambling markets. Check out https://www.lasvegas-how-to.com/ for extensive guides.

Scandinavian nations are well-known for pioneering the development of internet gaming. On a worldwide scale, Sweden has the highest rate of online gambling and a lot of sites like 888 casino are thriving there. On a national and international level, Swedish people really like online gambling for real money as well as free slot games. According to 2019 figures, online gambling facilities in the country made more than $2.5 billion, or $400 for each citizen. They also made up more than 5% of the whole online casino industry.

Customers may now locate a plethora of websites that compare the services of local betting suppliers. It helps people find the best gambling sites for them and lets them start gambling on a regular basis. Following the recent COVID-19 epidemic, the state imposed a weekly deposit limit of $500, which has impacted the way people gamble in the nation. It has also set a maximum bonus amount of $12 to deter players from playing too much. However, in January, these limits were lifted, enabling bettors to enjoy additional possibilities.

Malta is a tiny nation, yet it is a gambling lover’s dream. Malta, which is one of the world’s smallest countries, allows gaming businesses to benefit from low taxes and flexible rules. As a result, various betting businesses have set up shop all around sunny Malta.

Betting firms may profit from being based in Malta in a variety of ways. They could apply for a license from the Malta Gaming Authority, one of the best in the business. Operators also profit from low costs and long-term tax planning for their firms. The MGA Authority’s other goals are as follows:

Despite this, Malta has hundreds of internet gaming enterprises registered with the government. In terms of how many people live in the country, this makes the state one of the most densely populated places to play games.

The Isle of Man

The Isle of Man’s online gaming companies are among the most respected in the world. Companies that are just starting out frequently avoid the jurisdiction because of the high fees. The main reason for this is that it costs a lot to get a business license for a new one.

Online casinos may take advantage of a variety of benefits as soon as they start a virtual business in the nation, such as low taxes, no capital gains tax, and so on. Many online casinos are now registered in this self-governing jurisdiction, and the number is growing all the time.

The United States is clearly one of the richest countries in the world, with a lot of people who like to gamble. For individuals all throughout the nation who spend their time and money on prominent betting sites, online gambling is more than just a popular pastime. The United States, on the other hand, is known for its strict gambling laws, which require operators to meet very high standards in order to offer betting services.

Before 2018, online gambling was banned in all states except Nevada, which has the capital city of Las Vegas as its main city. With the Supreme Court’s ruling, this repealed PASPA and permitted sportsbooks and online casinos to operate throughout the nation, everything changed in the country. Many states are now providing online gambling possibilities, resulting in a market boom.

People in New Jersey and Pennsylvania were among the first states to allow online gambling, and more states are expected to do the same soon. Countries are also likely to merge player pools for certain games, like poker, which will lead to a lot of new betting options.

In the United Kingdom, the online gambling industry is one of the most lucrative in the nation. Figures from 2016 to May 2017 show that the country made a total gross yield of 13 billion pounds sterling. This figure is expected to rise further, as the betting industry employs more than 100,000 people in the United States.

The popularity of betting in the United Kingdom may be attributed to a number of factors. Because the British are known for their large buying power, they spend a lot of money on leisure activities like online betting. The nation is also well-known for its sports betting business, which is very popular among local gamblers. In addition, the UK Gambling Commission is one of the most well-known bodies in the world. It gives licenses to businesses that meet certain regulations.

Another nation that draws online gamblers from all around the globe is Canada. Because the government doesn’t give out licenses, local customers can still use betting sites from other countries legally.

It means that gambling companies can run an internet site in Canada from anywhere in the world and not break the law in the country. The online gambling industry generates about $17.1 billion in yearly income, which includes money from online gambling events. Poker, baccarat, blackjack, roulette, and slot machines are the most popular types of gambling in the area.

The Canadian government is now working on changes that would let people bet on some sports. Afterward, players will be able to bet on things called “express betting.”The state government and provinces must approve the adjustments.

Germany is one of the nations where gaming and betting options have increased. Officials in Germany keep track of industry changes and adjust their rules accordingly. Last October, the government enacted legislation allowing for state-level online gambling. Furthermore, with the implementation of Interstate Law on July 1, 2021, the nation’s gaming sector will be completely open.

Other Territories on the Globe

The Scandinavian nations are more than just hotspots for gaming. After Sweden, Norway and Finland are two more countries where gamblers can make great bets. The Netherlands is also known for its high stakes betting and large numbers of interested gamblers.

European gamblers, on the other hand, prefer to play at MGA-licensed operators, while others keep playing at Curacao and Kahnawake Gambling Authority-licensed sites from outside the country. However, the European continent is still at the top of the betting industry, with more people betting on well-known EU sites, most of which are regulated by the Malta Gaming Authority.

Video games will keep getting more valuable, which will make them more appealing to people from all over the world. It will lead to the launch of new betting options and more people who want to bet. In terms of money and audience, the future of online gambling is bright.