Dama Scout have announced their debut album, gen wo lai (come with me), which will be out on April 22 via Hand In Hive. To mark the announcement, the art-rock trio have dropped a new single called ’emails from suzanne’, which follows November’s ‘dan dan bub’. Check out its self-directed video below.

The song pays homage to “the world’s finest vessel of passive aggression, wrought with the sincerest best wishes, high in frequency, low in fidelity – the email,” according to the band. They described the music video as “a short documentary exploring the death of the office, the nature of emerging flexible work environments and the relationship between labour and the millennial condition of perpetual adolescence.”

gen wo lai (come with me) Cover Artwork: 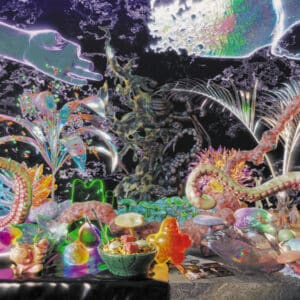 gen wo lai (come with me) Tracklist: