U.S. Highball, the jangle pop duo composed of James Hindle and Calvin Halliday, have announced a new album. It’s called A Parkhead Cross of the Mind, and it lands on March 25 via Lame-O Records. Along with the announcement, they’ve shared the record’s first single, ‘Double Dare’. Check it out below.

Talking about the new song, Hindle said in a press release: “I guess Double Dare is the one lockdown-ish song; kind of about being trapped inside and being desperate to get out and the paranoia that came from that. on a wider note, it’s also just about battling with one’s own mind and decision making; daring yourself to make a change whilst half of you is telling yourself not to; that was the idea with the call and response vocals.”

A Parkhead Cross of the Mind marks U.S. Highball’s third LP, following their 2019 debut Great Record and 2020’s Up To High Doh.

A Parkhead Cross of the Mind Cover Artwork: 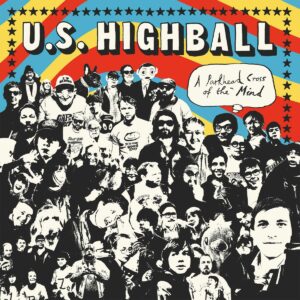 A Parkhead Cross of the Mind Tracklist: