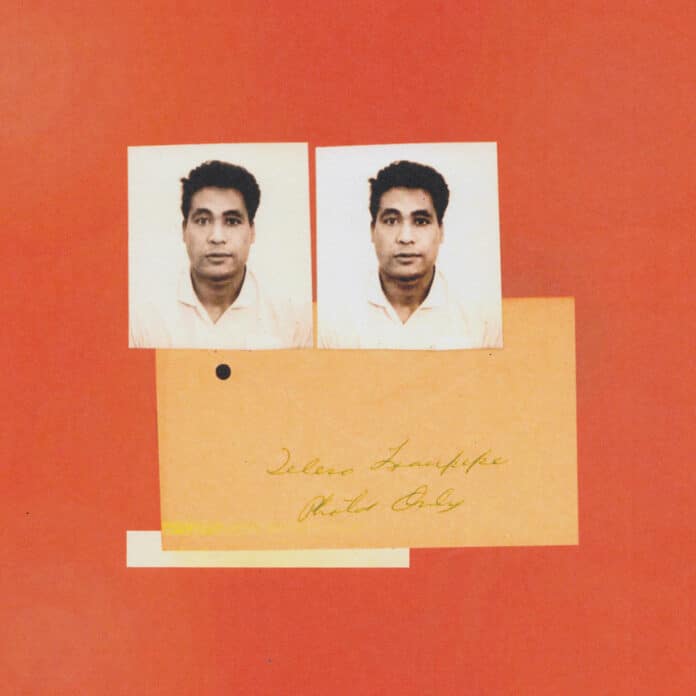 A simple truth underpins Gang of Youths’ music: there’s always so much to say. On their first two albums, 2015’s The Positions and 2017’s Go Farther In Lightness, the Australian five-piece channeled a kind of intense emotionality – spirituality, even – in songs that felt as grand as life’s biggest, most inescapable questions. But unlike many bands with similarly outsized ambitions, they make stadium-ready indie rock that’s earnest and anthemic without veering into self-indulgence. If you’re inclined to avoid any act that can be compared to U2, the 1975, and the National within the same breath, consider that Gang of Youths somehow manage to take only the most endearing qualities of their influences while doubling down on their own singular vision, one they approach with newfound clarity and depth on their latest LP. angel in realtime., their first record after signing with Warner in 2019, eliminates any fear that this secret magic will be lost if they so much as go on raising the stakes.

In some ways, this is exactly what angel in realtime. does for Gang of Youths. It’s as cinematic and majestic as you’d expect a band with a consistently growing international audience to sound, with lush orchestral sections and intricately detailed arrangements complementing frontman Dave Le’aupepe’s rich, poetic songwriting. The layered production is never a drawback; pick any one of the album’s soaring early singles – be it ‘the angel of 8th ave.’, ‘in the wake of your leave’, or ‘tend the garden’ – and you’re likely to find something infectious and propulsive to latch onto on first listen. Experienced as a whole, however, the album reveals the true scale and complexity of the band’s music, their ability to evoke personal tragedy in terms both raw and profoundly universal.

Although angel in realtime. is Gang of Youths’ most diverse-sounding effort to date – ‘the man himself’ combines breakbeats, a 42-string orchestra, and samples of traditional Cook Islander hymns – it never quite feels larger than life. That’s because the music never seeks transcendence so much as it serves as an honest tribute to life’s unpredictability: all the beauty it brings and can just as easily take away. Any album that’s over an hour long can be overwhelming, but Gang of Youths keep things strikingly intimate, treating the drama with care and empathy. The story of the album was inspired by Le’aupepe’s Samoan-born father, who died of cancer in 2018, and the secrets that came to light in the wake of his passing. Yet it’s not an attempt to mythologize his father’s life so much as untangle the complicated feelings grief and confusion Le’aupepe was left to wrestle with, many of which have more to do with his own self. The opening track, ‘you in everything’, raises a staggeringly existential question: “How do I face the world? Or raise a fuckin’ kid?/ Or see beauty in the Earth and all its majesty replete/ When I’ve spent the better part of my twenties/ Doing self-indulgent bullshit on repeat?”

Some of the album’s most compelling moments find Le’aupepe directly adopting his father’s voice. The exquisite ‘tend the garden’ follows his move from Samoa to New Zealand to Australia, resting in the chorus for a moment of reflection: “Lord knows if they would ever forgive me I don’t forgive myself at least/ There are strange forces in the air only time can release in a way I still believe.” Yet the most resonant song is the one that proves Gang of Youths are not just capable of moving their sound in a more minimalist direction, but recognize when it’s necessary. ‘brothers’ leaves us with just Le’aupepe and his piano, and the perspective is fully and devastatingly his own as he recounts the things about his father that he never knew until after his death, including the fact that he had another family in New Zealand.

As much as angel in realtime. is about reckoning with the legacy of Le’aupepe’s father – weaving it into the fabric of the album and even opening up its palette to explore his family’s cultural background – it’s never so personal that it stops feeling like a Gang of Youths album. Like before, they go about relaying their experience in ways that are graceful and slightly strange, lending Le’aupepe’s confessions a transformative quality. On ‘forbearance’, dealing with his father’s illness causes him to reflect on his own sins; the song alludes to one of the band’s most beloved songs, ‘Magnolia’, which is about Le’aupepe’s suicide attempt. “I didn’t say goodbye to my father who was like the one person in the world that I should have at least said goodbye to,” Le’aupepe has said. “And I’ve always felt guilty about that.” At the end of the day, Gang of Youths are drawn to this type of storytelling because it offers a chance to say what might otherwise be left unspoken, to capture a small part of what Le’aupepe calls “the cosmic ballet.” And whatever that entails, there’s clearly so much of it.

Album Review: Gang of Youths, 'angel in realtime.'A simple truth underpins Gang of Youths’ music: there’s always so much to say. On their first two albums, 2015’s The Positions and 2017’s Go Farther In Lightness, the Australian five-piece channeled a kind of intense emotionality – spirituality, even – in songs that felt as grand...