Superorganism have returned with news of their second album, World Wide Pop. The follow-up to the group’s self-titled 2018 debut is out on July 15 via Domino. The core lineup of the band is now composed of Orono Noguchi, Harry, Tucan, B, and Soul, and World Wide Pop includes collaborations with Stephen Malkmus, CHAI, Pi Ja Ma, Dylan Cartlidge, and actor Gen Hoshino. CHAI and Pi Ja Ma guest on first single ‘Teenager’, which was produced by Stuart Price and comes with a video featuring actor and comedian Brian Jordan Alvarez. Check out the AEVA-directed clip below, and scroll down for the album’s cover artwork and tracklist. 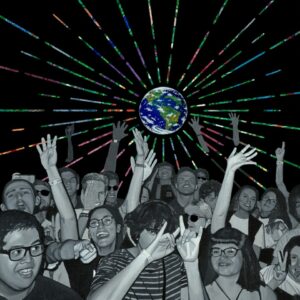