Katy J Pearson has announced her new album, Sound of the Morning, which is due for release on July 8 via Heavenly Recordings. Today’s announcement comes with the release of lead single ‘Talk Over Town’, alongside an accompanying video from director Abbie Stephens. Check it out below and scroll down for the album’s cover artwork and tracklist.

Commenting on the video for ‘Talk Over Town’, Stephens said:

This video was such a joy to shoot – to meet Katy and work with such an open artist who brought so much of herself to the video was a real treat. She is a brilliant collaborator and an artist set for big big things. I love nothing more than creating visual worlds and designing aesthetics to fit with the sound of exciting new artists. This video became a comment on that, how for recording artists there is pressure to be the face of their music, and to package it up visually. I wanted to shed light on the music video through the eyes of Katy, the joy and also the beautiful bizarreness.

We had an amazing girl crew on this job and it really made for a great vibe on set. Thank you to Beatrix Sastre and her crew who made each set-up look like a painting, to Gabby Sellen on art dept who gave everything and more, and to the wonderful Stina Campagna and Nohelia Reyes on Styling and Makeup.

Sound of the Morning, which follows Katy J Pearson’s 2020 debut Return, was written and recorded in late 2021. It was co-produced by Ali Chant and Dan Carey.

Sound of the Morning Cover Artwork: 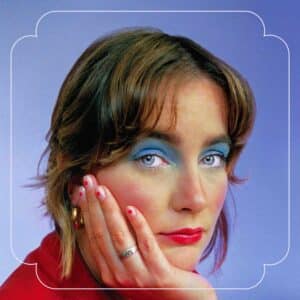 Sound of the Morning Tracklist: