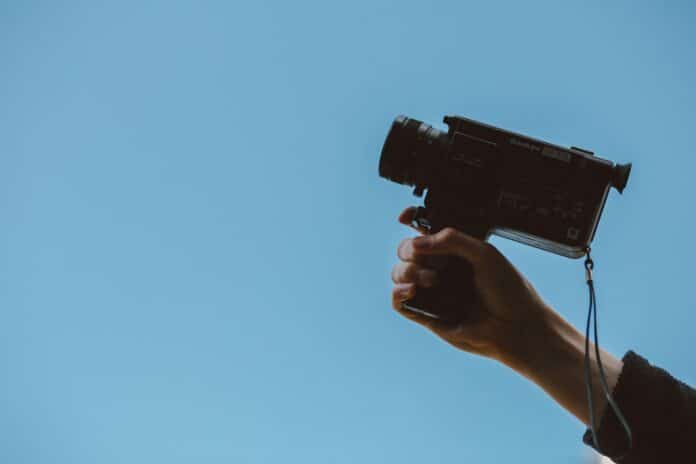 You certainly know your 1967 Casino Royale from its 2006 remake, and you have probably watched the 1995 Casino too many times. How about going over some features that rarely make the casino film list but which deserve the attention of a film fan?

Card playing, baccarat, blackjack, poker, and different sport betting options have all been recorded on film… since the cinema began in 1895! Today visiting sites like 1XBet is the same as going to The Bellagio or Caesar’s Palace where some classics were actually shot. But rather than just enlisting the “25 best casino films” let us step down in the history of cinema and see how gambling was portrayed in lesser known films.

One of the first ever gambling “movies”, Partie de Cartes, was made by the Lumière Brothers in 1895. This nod to gambling was repeated a year later as Une Partie de Cartes by the first cinema artist, George Méliès. These first films were a little less or a little over a minute long, and the directors realized that they needed some interesting action to show. Card playing was obviously regarded as the second best subject after an approaching train that begged an emotional response. For Méliès, it became the director’s first movie, only 67 seconds long.

The perils and fortunes of gamblers remained in the focus of film-makers throughout the silent period. Charlie Chaplin films, The Champion (1915) and The Immigrant (1917), illustrated the passion of the game and the troubles of cheaters.

The Queen of Spades, a story by Alexander Pushkin, was first adapted to screen in 1910, as a short film based on the opera by Pyotr Tchaikovsky. However, the Yakov Protazanov adaptation of 1916 earned it a place in history for outstanding performances and a vast array of cinematographic techniques, unusual at the time, including flashbacks and split screen shots. The Queen of Spades is a story of poverty and greed that lead to madness and death.

Sound On, Color On!

When the film-makers learnt how to record the voice and to add the color to the film, a whole new universe opened. Emotional roller-coasters were now accompanied by vocal expression. The color profoundly affected cinematography. At first, the parts of the film were colored during editing: blue meant boredom or sadness, while red was all about passion, love, and death. Green as the color of dollars and casino tables symbolized vice and greed. When Technicolor arrived, directors promptly began to exploit the new opportunities.

Fyodor Dostoyevsky’s The Gambler, a riveting loosely autobiographical story, was adapted to screen several times, starting with the 1938 German flick that was not properly released until after the war due to a scandal. The novel later inspired two well-known films under the same name. The 1974 film with John Caan was remade in 2014 with Mark Walberg. Moreover, a 1997 production with Michael Gambon studied Dostoyevsky’s own addiction to casinos.

Gamblers were often portrayed as charming and suave, apparently to indicate that their charms were indispensable in making people lend them money that they subsequently wasted at casinos. Gaylord Ravenal from Showboat (1936) was precisely this kind of man and he did make life difficult for his wife Magnolia Hawks (Irene Dunne). The story about the lives of people who travel the Mississippi on a showboat is interesting to watch today for its inclusion of black actors, including Paul Robeson and Helen Morgan.

Following the end of the Great War, both spectators and film-makers wanted some action-packed features, preferably with some beautiful leads. Charles Vidor hit all the right buttons with Gilda (1948), starring Rita Heyworth. Gilda is the object of rivalry between a casino owner and a gambler. After a series of chases, accidents, unlikely escapes and a murder she reconciles with Johnny Farrell (Glenn Ford), whom she has known long before the film’s story. Photography by Rudolf Mate and costume design by Jean Louis earned this film its everlasting appeal. The film poster features the redhead Hayworth in a green evening gown – as a symbol of greed, envy, and casino luck.

With time, the stories about casinos developed further. We have knowingly omitted many star-studded films, like Casino Royale (1967, 2006), Casino (1995), Hard Eight (1996), and others. It is more interesting to look into the minds of players. Rain Man (1988), starring Dustin Hoffman and Tom Cruise, boasts a casino scene that can be a key to understanding how the best gambling minds work. Hoffman’s character exhibits the typical traits of those who manage to break the bank, e.g. superb recall and the ability to calculate fast.

Uncut Gems (2019) starring Adam Sandler is an action thriller about a Jewish-American gambler addict in search of an expensive gem to pay off his debts. The film ends tragically but is regarded by many as the finest performance from Sandler. And so we draw the line here by reminding you to play responsibly.