Pittsburgh five-piece the Zells have announced their sophomore album, Ant Farm, which will arrive on June 3 via Crafted Sounds. It includes the previously unveiled single ‘Truther Uncle’, as well as a new track called ‘Hell Car’. Check out its music video below.

“This was one of the last songs that we wrote for the album, and it ended up being a good encapsulation of the various themes throughout the record; we took the album name “Ant Farm’ from its lyrics,” the band’s Phil Kenbok explained in a statement, continuing:

I liked the idea of some weird, old king moping around like a Dark Souls or Radiohead character because he has to adapt to a new system that is really just as brutal and nonsensical as the one he was a part of before. You’d think this progressive move from a monarchy would be good, but the whole landscape just rots and gets worse, and regular people are still like ants or whatever. It’s a futile situation that he can’t separate his ego from, like a car on fire that he has to keep driving because it’s his whole life. He’s paranoid because he’s probably going to die horrifically, which I’m also personally very afraid of. I picture him crying in the cold rain and joining the rest of us. That’s the best outcome for him. 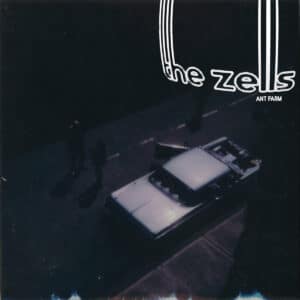