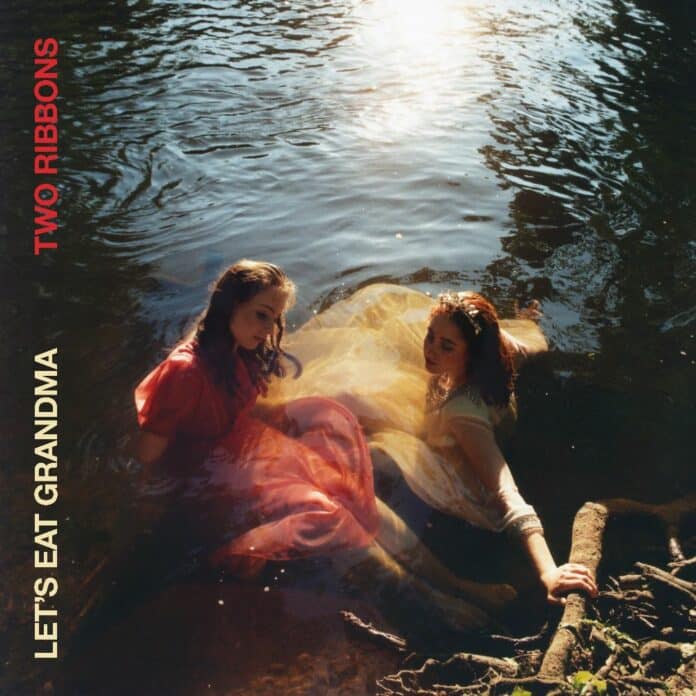 Rosa Walton and Jenny Hollingworth have described their bond growing up as “telepathic.” The pair have been friends since kindergarten, where they shared a mutual appreciation for each other’s drawings; in the videos for their dark yet playfully adventurous debut as Let’s Eat Grandma, 2016’s I, Gemini – released when they were barely 17 years old – they even went as far as to portray themselves as twins. The framing of their visuals shifted around 2018’s I’m All Ears, a landmark of modern experimental pop, but the confidence the music projected on tracks like the SOPHIE-produced ‘Hot Pink’ still served as a demonstration of their unity. As uninhibited and innovative as their work could be, it exhibited a level of defiance and control that’s rare in any genre. But things changed following the release of the album. Hollingworth’s boyfriend, the musician Bryan Clayton, died of a rare form of bone cancer in March 2019. And, as they prepared for their US tour, which was eventually canceled, they realized their relationship was starting to fray. There was nothing childlike or metaphysical about it; as they noted in more than one profile, they no longer finished each other’s sentences.

And so the duo that’s always been inseparable started writing separately for the first time. The growing distance between them proved to be somewhat necessary, but it doesn’t become immediately clear; Let’s Eat Grandma’s third album, Two Ribbons, opens with the reflective and celebratory ‘Happy New Year’, which augments their sparkling brand of synth-pop with the sound of actual fireworks. They make it seem like acceptance has already been reached: “It’s okay/ To say what you wanna say/ And that we’ve grown in different ways.” But it’s not until the record progresses that their individual personalities begin to shine through. Though the sequencing and production cleverly make the whole thing sound like a conversation between close friends, the separation also allows them to express themselves with greater vulnerability as well as maturity.

In songs written from Walton’s perspective, the bathroom becomes a private space of intense emotion and discovery. On ‘Levitation’, she describes having a breakdown on the bathroom floor and finding “a piece of something glittering inside the drain,” while on ‘Hall of Mirrors’, her secrets are laid out before her on the bathroom walls. Her tone becomes accusatory on the devastating ‘Insect Loop’: “You never noticed,” she tells her friend, and the floor suddenly turns to glass. “Dunk my head in the bathtub and scream underwater/ ‘Cause maybe I thought you didn’t care.” When Hollingworth confronts death on the piercing ‘Watching You Go’, not even a Moroder-style instrumental can mask the disorienting feelings of rage and shame; as the mix hollows out in time for her to sing the titular line, the effect is all the more harrowing. The songs feel distinct but attest to LEG’s ability to convey a range of emotions through glimmering synth-pop, blurring line between confusion and elation, hope and despair.

As a result, the duo’s approach is generally more focused, intimate, and direct, but no less dynamic. A song like ‘Insect Loop’, with its waves of guitar recalling the hazy psychedelia of I’m All Ears’ ‘Cool & Collected’, pushes the tension and uncertainty outward rather than caving in. They find new and thoughtful ways of evoking the changing nature of their bond – they might not be finishing each other’s sentences anymore, but words aren’t always enough, let alone necessary: on the instrumental ‘In the Cemetary’, they’re comfortable sitting with the emptiness of grief, if only for a brief moment. Two Ribbons might lack the thrilling unpredictability of the band’s last two albums, but the way it gradually transitions from exuberant synth-pop to stripped-down compositions feels natural and earned.

While the songwriting on acoustic cuts like ‘Sunday’ and ‘Strange Conversations’ is not as compelling or layered than previous tracks, they touch on themes of love and heartbreak with a tenderness and simplicity that the rest of the record can only yearn for. It all culminates in the title track, which brings no resolution, only acceptance – though a different sort than the one that elevates ‘Happy New Year’. Whereas ‘Insect Loop’ ended on a hopeful note (“Why don’t we sit by the water and watch our drawings wash away/ Just the friends we are today​/ And know that that’s enough”), ‘Two Ribbons’ directly contradicts that sentiment. “I’m not brave,” Hollingworth admits, knowing she can’t change the inevitable. It’s both freeing and disarming in its transparency – her voice quivers, but it also dances and soars; she senses an impending solitude, but feels irrevocably entwined with others. Together, they seek no answers, simply welcoming the tides as they come.