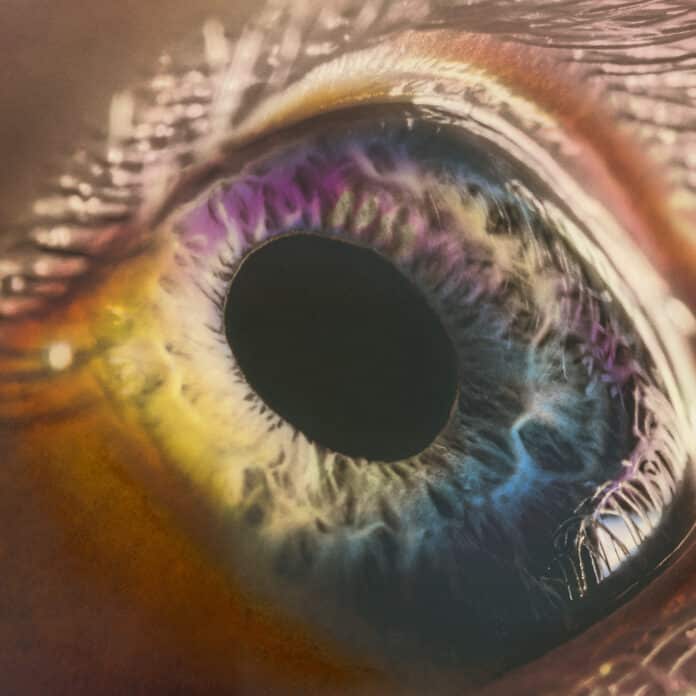 “When everything ends/ Can we do it again?” Win Butler sings on the final track of Arcade Fire’s new album, WE. The end-of-the-world sentiment can seem as heavy-handed as it is overly familiar, and you might imagine it as part of an attempt to bring the band’s big comeback record to an excessive, wide-eyed conclusion. After all, it’s a return to form that lead single ‘The Lightning I, II’ promised fans: a song so triumphant and euphoric it immediately sold the idea of them going back to basics – Arcade Fire being a group better suited to earnest sentimentality than the idle cynicism that marked their last album, 2017’s Everything Now. But read those final words again and you might feel skeptical about them adopting this approach for an entire album: Could it be that Arcade Fire are simply retreading old ground in an effort to relive their glory days? What if doing it again is a nostalgic move no less painfully trite than anything on Everything Now?

Rest assured: If that wasn’t your takeaway from ‘The Lighning’, I doubt the rest of the album will change your mind. The most exhilarating thing about WE is that it’s an album about broad, pervasive feelings – something Arcade Fire have always traded in and that’s technically also true of Everything Now – but Butler, Régine Chassagne, and company play and sing a lot more like they actually care instead of trying to make some sort of ironic statement. Of course it can be obnoxious and overbearing and more than a little bit corny – it’s an Arcade Fire album. But what makes it worthwhile is not just the fact that it’s more graceful and anthemic than its predecessor, but that it communicates much more than it merely signals. “I was trying to run away but a voice told me to stay/ Put the feeling in a song,” Butler sings on ‘The Lightning’, as if actually putting his faith in its power. (“I believe the music is a spirit,” he recently told Apple Music, “not figurative, an actual spirit.”) The result is their most passionate and consistently rewarding effort since Funeral.

Like any other Arcade Fire record, WE has flaws that are too glaring not to point out – like when Butler sings, “Some people want the rock without the roll/ But we all know there’s no God without soul” – but you can’t really resent the album for its sincerity, especially when it makes the band sound so alive and present. And like The Suburbs before it, the album brings a certain amount of levity to the self-seriousness of the band’s previous outings, elevating its moments of fearless ambition while being both looser and tighter – clocking in at 40 minutes, you almost wish it was more bloated if it meant they could reach a little bit further into the unknown. At times, the sense of melodrama is so pronounced – there’s a nine-part song titled ‘End of the Empire I-IV’ in which Butler declares “I unsubscribe/ This ain’t no way of life” over plaintive piano chords – that there’s no option but to embrace it for what it is, even if where it lands remains unclear.

As much as the sweeping, bombastic ‘The Lightning’ calls back to Arcade Fire’s prime, it would be a mistake to describe the album as a throwback to big-tent indie rock. Mostly, it does a solid job of blending elements from the band’s career, combining the growing momentum and youthful vulnerability of their early work with a bit of the pulsating haze of Reflektor. From the very beginning, it sounds like Arcade Fire have cracked some kind of code; ‘Age of Anxiety I’ is driven by an insistent synth line but evokes the anxious grandiosity that often eluded the band when they set their eyes on the dance floor. It’s a simple concept that’s well-executed, and it builds on ‘Age of Anxiety II (Rabbit Hole)’ with references to television screens and prescription pills. (Things may have changed since the release of OK Computer, but frequent Radiohead collaborator Nigel Godrich, a co-producer on WE, is still more than adept at capturing that vague feeling of paranoia.) Also, when you hear lines like “Somebody delete me” and “Born into the abyss/ New phone who’s this,” you have to suspect that Father John Misty’s contributions involved more than “additional production.” (He can also be heard stomping and breathing, per the album’s credits.)

It doesn’t take long before the silly, meaningless nature of such moments starts to feel earned, or at least part of a greater story. While the first part of the album revolves around “the fear and loneliness of isolation,” the concluding side explores “the joy and power of reconnection,” and the way they weave into each other is what gives them their impact. The cringe-worthy lines I’ve mentioned come from the first side, and if there’s something that comes off as shallow or embarrassing about it, the purpose that fuels the second side doesn’t mask it so much as it underlines the cause of its self-absorption. Similarly, you might find the hookiness of ‘Unconditional I (Lookout Kid)’ to be more annoying than endearing as a single, but it’s the same framing – plus knowing that Butler wrote it for his son – that renders it a heartfelt highlight.

WE doesn’t go out of its way to blindly recreate any of the band’s eras. Rather than recycling the technological dread that informed their recent work, it gets to the core of that anxiety, then traces a path towards optimism. ‘Unconditional II (Race and Religion)’, a propulsive electro cut that features guest vocals from Peter Gabriel, is another straightforward song about an all-consuming feeling – but this time it’s utter devotion, and the payoff is a lot bigger. Arcade Fire songs tend to build and build and build, but WE is a record about rebuilding what’s lost – one that allows itself to breathe before the catharsis arrives, even with the knowledge that it never might. Ultimately, it makes sense that the closing title track is a gentle acoustic ballad that’s full of hope yet leaves you wanting more. “I am awaiting/ perpetually and forever/ a renaissance of wonder,” go the final lines of the Lawrence Ferlinghetti poem that inspired the ‘Age of Anxiety’ suite. You can call WE a rebirth, but Arcade Fire still revel in the waiting.

Album Review: Arcade Fire, 'WE'“When everything ends/ Can we do it again?” Win Butler sings on the final track of Arcade Fire’s new album, WE. The end-of-the-world sentiment can seem as heavy-handed as it is overly familiar, and you might imagine it as part of an attempt to...