Album Review: Sharon Van Etten, ‘We’ve Been Going About This All Wrong’ 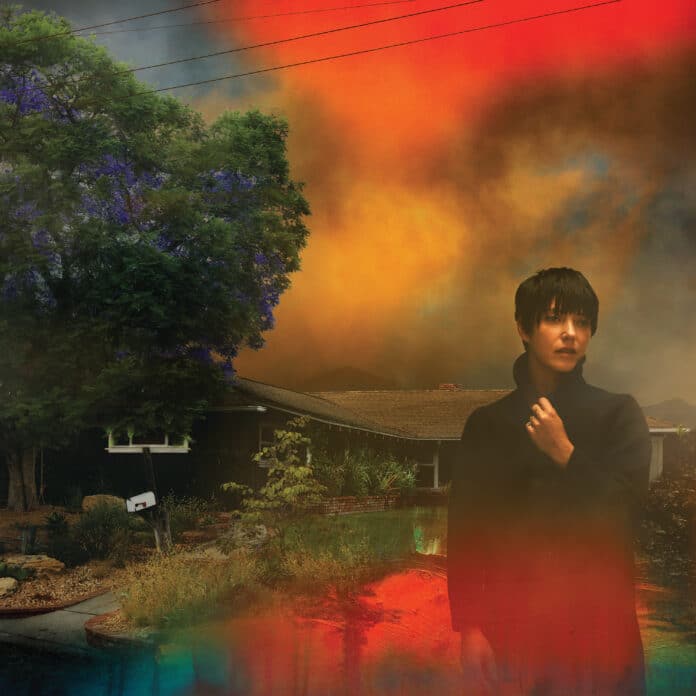 Though each album marks a subtle self-reinvention, Sharon Van Etten’s body of work unites around an allegiance to sincerity. Her albums chronicle changing emotional states, with music performing the daunting task of excavating and broadcasting emotional truths. While her musical sensibilities have shifted dramatically across her six albums, this fundamental essence remains unchanged. The evolution of Van Etten’s sound extends from Because I Was in Love’s minimalist folk arrangements sung with heartbreaking immediacy to Remind Me Tomorrow’s turn to explosive and emotive rock anthems. On We’ve Been Going About This All Wrong, Van Etten’s latest, she taps into contemporary woes, both individual and collective. We’ve Been Going… is distinctly a pandemic-era album, built from the almost universal spirit of early quarantine reflection. Through Van Etten’s songwriting, private and public spheres collide, exploring the human response to endings and conflicts. Over the course of ten songs, Van Etten narrates stories about interactions with feelings of inevitable doom (both large and small scale), uncovering flashes of hope amidst the rubble.

We’ve Been Going…’s songs navigate a variety of relationships, casting Van Etten in numerous roles: individual, partner, lover, mother, political body, etc. The tracklist assembles different conversations united by shared feelings of uncertainty. Van Etten’s songwriting is blunter than ever here, often taking the form of urgent pleas and unpretentious declarations. At times, her more lyrical writing runs into staid metaphors. She’s often unweaving a relationship between darkness and light: a cliché that benefits from Van Etten’s ultimate rejection of those very binaries. Ultimately, We’ve Been Going… proposes a spiritual ambivalence, avoiding absolutes and thriving in the mush of uncertainty.

The songs on We’ve Been Going… are always moving. ‘Darkness Fades’ begins as a stripped-back acoustic piece à la early Van Etten, then gradually builds layer-by-layer into an intricately-produced rock rouser. An abrupt transition at the halfway point of ‘Born’ propels the song into something thunderous and incendiary. The constant evolution imbues the songs with excitement, though it’s hardly unpredictable. Most songs here escalate and settle into eruptive climaxes, Van Etten belting over dense tracks of guitar and drums. She repeats simple phrases (“I couldn’t feel anything” on ‘Anything’ or “Baby don’t turn your back to me” on ‘Headspace’) with absolute ferocity. Many of these visceral rock moments are irresistible. ‘Mistakes’ is a high-energy earworm, built on simple songwriting and bouncy bass grooves (it’s the album’s equivalent of Remind Me Tomorrow’s ‘Hands’, and it even shares the same spot on the tracklist). Still, the album’s redundant structuring sometimes restricts the full impact of the songs’ cathartic resonance. This lends a rejuvenating effect to ‘Darkish’, a rare piece on the tracklist that lingers on a sustained moment of raw intimacy.

Even in a field of blaring drums and distorted guitars, Van Etten’s voice remains the centerpiece. As always, she’s a master of close harmony. Yet We’ve Been Going… also reveals a more aggressive potential to her vocals. She’s often roaring the choruses of her songs. It’s a major deviation from the old Van Etten, who’d fill her music with delicate griefs and longings. Her voice was beautiful and subdued, as if worn down by unspeakable pain. On We’ve Been Going…, she taps into a new confidence first exhibited on Remind Me Tomorrow. As Van Etten furthers her ascension into the figure of a rockstar, she’s still a first-rate chronicler of heartbreak, yet it’s a different form of heartbreak altogether. Obstacles no longer feel insurmountable. Hope glimmers in the potentials of human connection. In the end, We’ve Been Going… proposes songwriting as a tool to broach difficult dialogues in an era of alienation and foster connectivity when everything seems to be ending. It might sound heavy-handed on paper, but it’s entirely sincere from Van Etten’s lips.