Mexican-American multi-instrumentalist and drummer Antonio Sánchez has enlisted Nine Inch Nails’ Trent Reznor and Atticus Ross for the new song ‘I Think We’re Past That Now’. Co-written by Reznor, Ross, and Sánchez with lyrics by Reznor, the track is taken from Sánchez’s upcoming album Shift (Bad Hombre Vol. II), which is due for release on August 26 via Arts Music. Check it out below, along with the album’s cover art and tracklist.

In addition to Reznor and Ross, Shift (Bad Hombre Vol. II) features contributions from Dave Matthews, Becca Stevens, Meshell Ndegeocello, Kimbra, Rodrigo y Gabriela, and more. Talking about the process behind the album, Sánchez said: “My anger transformed. And the fact this material did not originate with me changed the equation. It helped me to bring a fresh perspective and a sense of wonder to “What else can this be?” And as a result of pandemic-related delays, I keep joking about my having been pregnant for a couple of years… and now there is a really epic baby.” 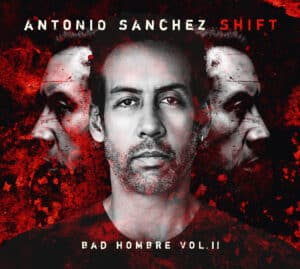