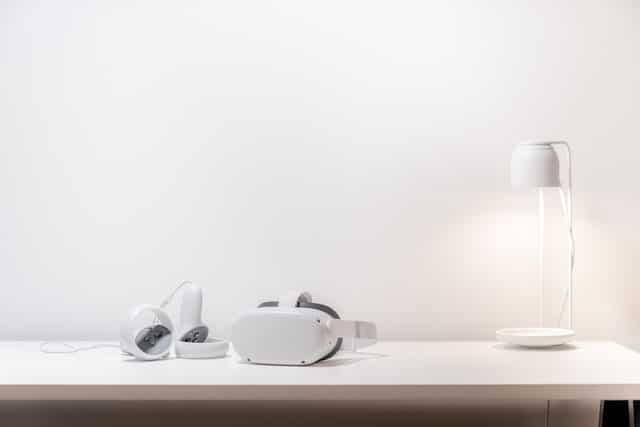 It seems like only yesterday that virtual reality (VR) gaming was nothing more than a pipe dream. However, in the short space of just a few years, VR has gone from being an unknown quantity to one of the most popular and fastest-growing forms of entertainment around. 2022 looks set to be another banner year for VR gaming, with several high-profile titles scheduled for release. Let’s take a look at some of the most anticipated VR games coming out in 2022 and how this technology will advance.

Virtual reality technology immerses users in a computer-generated environment that gives them a realistic experience of being in another place. This is made possible by special headsets that provide stereoscopic displays (two images, one for each eye) and head tracking, which allows the user’s movements to be tracked in 3D space. Coupled with high-quality audio, this can create a very believable illusion of being transported to another world, which enhances your VR experience significantly. Additionally, some VR headsets also come with hand controllers that further immerse you in the game by allowing you to interact with objects in the virtual world.

The origins of virtual reality gaming can be traced back to the 1960s when Morton Heilig, considered the “father” of VR, created the Sensorama Simulator. This was a machine that used a stereoscopic display, fans, smells, and stereo sound to give users an immersive experience. However, it wasn’t until the 1990s that VR gaming began to take off in earnest with the release of popular titles such as Doom 3D and Quake. The early 2000s saw a renewed interest in VR gaming with the release of the first commercially successful VR headset, the Nintendo Virtual Boy. Unfortunately, this device was ahead of its time and failed to gain widespread adoption. It wasn’t until 2016 that VR gaming took off with the release of the HTC Vive and Oculus Rift, which are now considered the two leading VR platforms. Since then, VR gaming has gone from strength to strength, with new titles and experiences being released regularly.

The Benefits of VR Gaming

There are many reasons why VR gaming is becoming more popular. Firstly, it’s an incredibly immersive way to play games, and thanks to the latest technology, it’s getting better all the time. Secondly, it’s a great way to socialize and connect with other people, even if they’re not in the same room as you. Thirdly, it’s a great workout! You might not think of video games as being particularly active, but playing them in VR can give you quite a workout. Finally, VR is just plain fun! It’s a great way to escape the real world for a while and experience something new. For example, you could be flying through the air one minute and swimming with dolphins the next. However, there are also some potential drawbacks to VR gaming that you should be aware of. Firstly, it can be quite expensive to get started, as you’ll need to buy a VR headset and potentially some other equipment as well. Additionally, some people find VR headsets uncomfortable to wear for long periods, so you might want to take breaks if you start to feel uncomfortable.

There are many reasons why people love VR games, but the immersive experience is undoubtedly one of the biggest draws. When you put on a VR headset, you’re transported into the game world in a way that’s simply not possible with traditional gaming. You can explore new environments, meet new people, and have incredible experiences that you’ll never forget. Additionally, VR gaming is a great workout! You might not think of video games as being particularly active, but playing them in VR can give you quite a workout. For example, you could be flying through the air one minute and swimming with dolphins the next.

What’s Next for VR Gaming?

The future of VR gaming is looking very bright, with several high-profile titles scheduled for release in 2022. Some of the most anticipated VR games coming out next year include “Elder Scrolls V: Skyrim VR”, “Resident Evil 7: Biohazard”, and “Star Wars: Battlefront II”. In addition, there are many other exciting VR games in development, so it’s safe to say that the best is yet to come. These games are popular because they’re incredibly immersive and offer a unique gaming experience that you can’t get anywhere else. If you’re looking for something new and exciting to play, VR is worth checking out.

VR gaming is becoming more popular for many reasons. It’s an immersive way to play games, it’s a great workout, and it’s just plain fun. However, it can be expensive to get started, and you might become too immersed in the game if you’re not careful. Nevertheless, VR gaming is worth checking out if you’re looking for something new and exciting to play.