New-York-via-Texas band Why Bonnie have announced their debut full-length, 90 in November. The album – which follows three EPs, 2018’s In Water and Nightgown and 2020’s Voice Box – arrives on August 19 via their new label Keeled Scales. Check out the Shelby Bohannon-directed video for the album’s title track below.

“I wanted to capture the bittersweet feeling of saying goodbye to the landscape that shaped you while still dealing with the anxieties of what lies ahead,” the band’s Blair Howerton explained in a statement. “Nostalgia always hits with a flash of disjointed memories – like speeding down the highway or sweating in the Texas heat.”

Why Bonnie recorded 90 in November over a period of two weeks at Lazybones Audio in Silsbee with Tommy Read (Lomelda, alexalone). It includes the previously unveiled song ‘Galveston’. 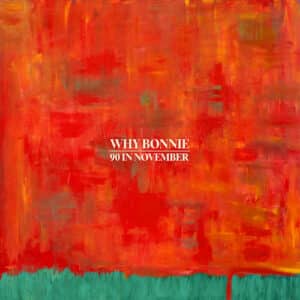