4 Of The Best Baseball Movies Ever Made 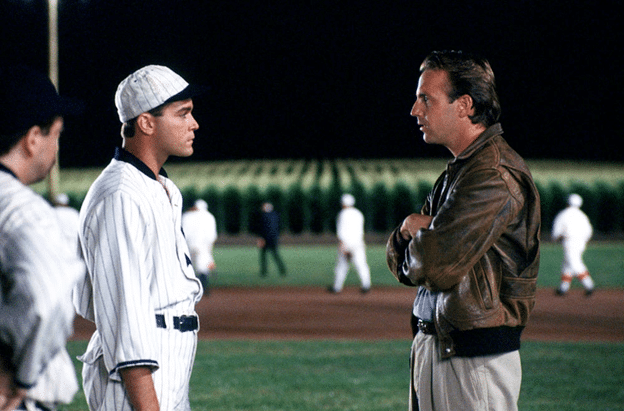 Since then, there have been more baseball movies released than we can count. Of course, not all of them can be considered cinematic greats and some of them are way better than others. As such, we have four of them listed below that we consider to be the best ever made.

However, 16 years removed, he is still not ready to let the game go and gets signed by a pretty bad team called the New York Knights. The story has more to it than just baseball and brings to the fore a middle-aged man bent on living out his dream in the face of adversity and criticism. It is also about a male who is attracted to the types of women famous people gravitate towards, only to realize he can have a much better life with his high-school sweetheart.

The movie is accentuated by two huge home runs from Hobbs which prove to be defining moments.

While most sports movies are about people rising above challenges, trumping impossible obstacles, and saving the day at the last moment, Field of Dreams isn’t about that at all. The 1989 offering is all about believing in the magic of sport, leaving the worries of life behind even if it’s for a fleeting moment.

The story features 36-year-old Ray Kinsella who lives with his wife and daughter on their corn farm in Dyersville, Iowa. Ray, who is tormented by a broken relationship with his late father, harbors fears about growing old without achieving anything of note.

A hardcore baseball fan, Ray hears a voice whispering “If you build it, he will come” while walking through the cornfield one night. He is then shown a vision of a baseball diamond in the cornfield with “Shoeless” Joe Jackson standing in the middle. Ray then convinces his wife to let him plow part of the property to build a baseball field, despite their financial constraints.

In the end, Joe meets a younger version of his father while his dream of people coming to watch baseball at his cornfield becomes reality.

This 1942 classic sees Gary Coopers starring as the iconic Lou Gehrig, who is probably more popular today for the nerve disease that ended his career and carries his name. Gehrig, a six-time World Series Champion and seven-time All-Star, played for the New York Yankees from 1923 to 1939. New York gambling would have been pretty profitable for residents back in his heyday.

As for the movie, it’s hard not to feel hopeful while taking it in, particularly after Cooper recreates Gehrig’s farewell speech. “Today, I consider myself the luckiest man on the face of the earth,” Gehrig would tell a packed Yankee Stadium while he called curtains on his career. Though the ending is a sad one, it’s as happy as sad endings get.

Bull Durham, from 1988, is perhaps the film that encapsulates the madness of baseball better than any other. Some would claim that only an actual baseball game is better than watching Bull Durham, and not significantly better either.

The romantic comedy sports movie partly recounts the experiences of writer and director Ron Shelton in the minor leagues. It tells the story of the players and fans of a minor-league team in Durham, North Carolina called the Durham Bulls.

The Bulls, suffering through another poorly attended season only has one thing going their way, a star rookie pitcher named Abby Calvin LaLoosh, who has Major League potential but is said to have a “million-dollar arm, but a five-cent head.”

When 12-year minor league veteran “Crash” Davis Costner is installed as the team’s catcher to rein LaLoosh in line, things get off to a rocky start.