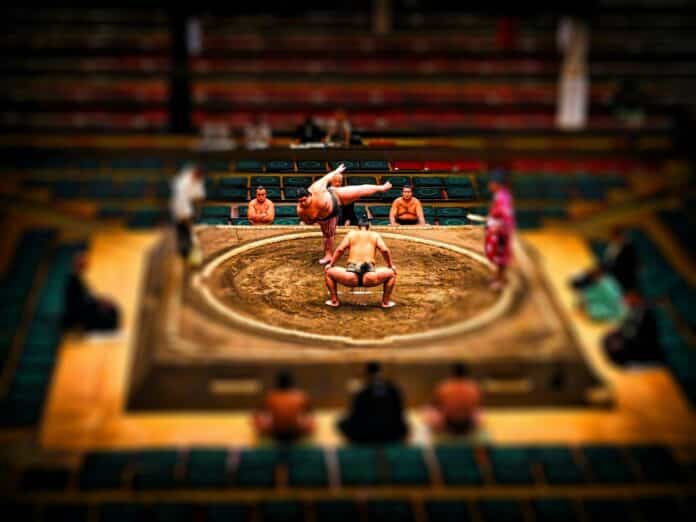 Sumo wrestling is definitely an interesting sport to watch. Just like conventional wrestling, it features two great heavy weights fighting for the title of the best wrestler in the league. Sumo wrestling also has bigger athletes and is exciting to watch because of its uniqueness.

The sport is unique enough to separate itself from the rest of the combat sports similar to it. That being said, sumo wrestlers have been gaining a lot of popularity over the years. Among these famous athletes is Baruto Kaito.

Baruto Kaito is one of the most prolific sumo wrestlers of all time who became an ambassador of Bitcasino, making the crypto casino even more popular alongside his name.

Who is Baruto and what did he offer to the art of sumo wrestling? Here is everything you need to know about him, especially when Bitcasino and Baruto have now teamed up.

During his youth, Baruto actually played basketball despite his potential in combat sports. Later, he joined the judo team and won the championship in Estonia. In his late teens, Baruto was introduced to sumo wrestling and began training until he was qualified to go pro.

Since foreigners were banned from sumo, Mihogaseki was the only stable that had a spot open. In May 2004, Baruto made his professional debut.

A record of 41-8 on the road to the jūryō division was achieved. This tied for the third quickest climb to sekitori status since 1958 when the present six event a year structure was implemented.

His 11-4 record helped him win kanto-sho, also known as Fighting Spirit Prize, during his first top division tournament. However, his rapid rise through the rankings was stopped at maegashira 1 after his second winning record in July and another promotion.

Maegashira 6 is his current ranking after withdrawing from the September tournament due to an injury. He was promoted to maegashira 3 with a 10-5 victory in December 2006 but was sidelined for the rest of the year due to an injury again. The anterior cruciate ligament (ACL) of his left knee ruptured. With this, he returned to the jūryō ranks, the second division in sumo, after failing to participate in the March competition.

For his 14-1 record in May, he was named ‘jūryō’ champion and returned to the makuuchi division in July to become maegashira No.14 East. However, he was forced to withdraw from the competition after injuring his knee on the first day. However he returned in great shape and was still regarded as one of the top sumo wrestlers in the world.

Bitcasino has teamed up with former Sumo Ozeki Kaito Baruto to serve as its official ambassador. Baruto is the first ever successful Estonian sumo wrestler.

Even as a mixed martial arts fighter and media personality after retiring from sumo wrestling in 2013, he ultimately made his way back to Estonia in 2018. Since March of 2022, Baruto has become a full-time member of the Estonian parliament.

Bitcasino has teamed up with Baruto with the brand philosophy of ‘Fun, Fast, Fair’ to provide more fun and engagement to various Japanese-speaking communities via international offices, one of which is located in Estonia. Ex-Ozeki from Estonia will assist Bitcasino make waves in the crypto-led, iGaming market.

Aside from participating in tournaments, Baruto will be featured in Bitcasino’s blog and social media accounts such as Twitter.

Since Bitcasino and Baruto have now teamed up, the sport of sumo has surged in popularity. Check out the best matches in sumo wrestling and see how great Baruto Kaito really is.