Kurt Wagner has announced his latest Lambchop record: The Bible will be out September 30 through City Slang and Merge in North America. Lead single ‘Police Dog Blues’ comes paired with an Isaac Gale-directed video created using the Unreal 3D graphics engine. Check it out below.

“During the unrest surrounding the horrific injustice in Minneapolis in 2020, I had been re-listening to a song by Blind Blake, ‘Police Dog Blues’,” Wagner said of the new track. “Of note, it was originally recorded in 1929, the year my father was born, and it seems John Peel played it on his show on Sept. 11, 1968. It was deceptively upbeat musically and not what I remembered at all. Then I remembered a police dog is a Shepherd.”

Gale added of the visual: “We took the police dog from the song title literally and imagined a city, post cop-apocalypse, overrun by German Shepherds just kinda doing their thing “White privilege and apathy in the face of disastrous reality. I don’t think it’s stretching it to compare the police in Minneapolis—where myself and the producers of the record, Ryan Olson and Andrew Broder, all live—to a human-made catastrophic disaster.”

Commenting on the album’s title, Wagner explained: “I had this idea that—I’m not a religious person but I do believe that there’s a spirituality to a lot of people and they’re not religious. You don’t have to be religious to be a spiritual person, right? You just don’t have to, there should be an acceptance, or a way of recognizing spirituality without it being overtly religious.”

The Bible also marks the first time Wagner has worked with outside producers on a Lambchop album. “Ryan and Andrew, they’re like two sides of my personality,” Wagner commented. “And if you put them together as a team, they represent me”. 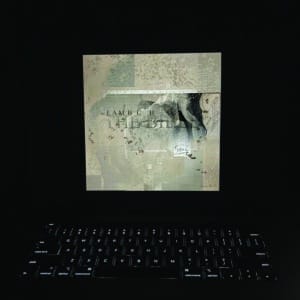