Sampa the Great Announces New Album ‘As Above, So Below’, Unveils Video for New Song

Zambian-born, Botswana-raised rapper Sampa the Great has announced her sophomore album, As Above, So Below, which lands on September 9 via Loma Vista. To accompany the news, Sampa has released a video for the new single ‘Never Forget’, featuring Zambian rapper Chef 187 and two of Sampa’s relatives, cousin Tio Nason and sister Mwanjé. Check it out below and scroll down for the LP’s cover art and tracklist.

“‘Never Forget’ is an ode to Zamrock music, a genre born in the 70’s combining traditional Zambian music and psychedelic rock,” Sampa explained in a press release. “In particular, the song focuses on kalindula music. This tribute was inspired by the band WITCH and their lead singer Mr Jagari Chanda, who has become one of my musical mentors. I discovered Zamrock later in my life and was surprised that this music was known globally, yet not fully celebrated and acknowledged in Zambia today. It hit home for me as I felt similarities in my own journey, having had my career take off outside my birth country. I thought it was fitting to pay homage to those who came before me and merge past, present and future through music and imagery; passing the baton from one generation to the next. The archival footage in the clip includes the late great Paul Ngozi, the late president Kenneth Kaunda (Zambia’s first president) and the legendary WITCH.”

Furmaan Ahmed, who directed the song’s video, commented: “Creating this work was an incredibly cathartic experience as it was a nod to the iconoclasm of our shared cultures, heritage and bloodlines that have been erased over time. At its heart, Never Forget is an homage to the strength, resilience and magic of the diaspora, the veneration of time and in particular Sampa’s Zambian heritage. Set inside a world birthing itself from a dark ancestral monument, we invoke the past to imagine new futures. Never Forget is a ritualistic unearthing and a celebration of our heritages and the power of music in liberation.”

As Above, So Below Cover Artwork: 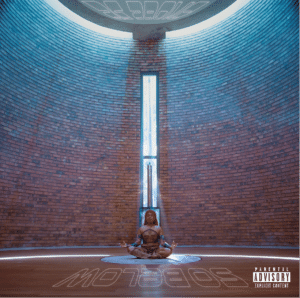 As Above, So Below Tracklist: