Jazz Music Being Added to Films: When Did It Start 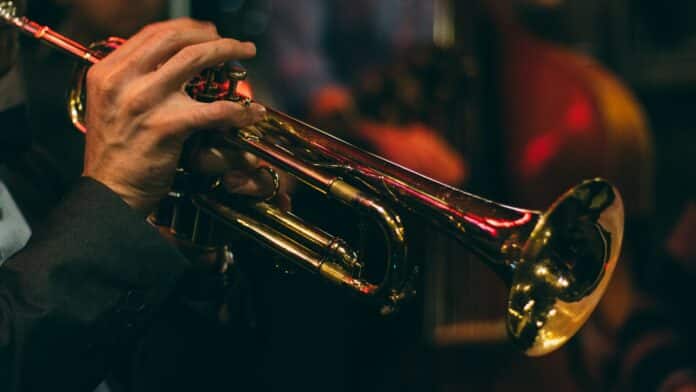 It’s hard to imagine a world without jazz music. The unique and soulful sound of jazz has been around for over a century and has been used in films to convey a variety of emotions and messages to audiences. While its use in the film is by no means new, its popularity has waxed and waned over the years.

Here’s a look at the history of jazz music being used in films and several things you should know about it.

The Characteristics of Jazz Music

Jazz music is characterized by its syncopated rhythms, blue notes, and improvisation. It originated in the late 19th century in African American communities in the Southern United States. Its popularity quickly spread to Europe and other parts of America, and by the early 20th century, it was one of the most popular genres of music in the world.

Its melody and harmony are often based on European music, but its rhythm is derived from African music. This combination of sounds and elements makes it a unique and distinct genre of music.

The first appearances of jazz music were blends of different sounds, like in the film Birth of the Blues (1941), where non-jazz pieces such as “ Saint Louis Blues” were included. Blues was very often connected to jazz since the two genres had a lot of commonalities and created an incredible chord blend with piano and guitar. There are also other different blends, but this one was the most used in the early days of adding jazz to films and is to today, one of the most iconic progressions.

While there are many different styles of jazz music, some of the most popular include swing, bebop, and hard bop. Swing is characterized by a relaxed, swinging rhythm and is often used in dance music. Bebop is a more complex style of jazz that features fast-paced solos and complex harmonies. Hard bop is a style that combines elements of bebop and swing and is often seen as a transitional style between the two.

Jazz in the Early Days of Film

Jazz music was used in films as early as the silent era and the earliest days of this medium. One of the earliest examples is The Jazz Singer (1927), which featured Al Jolson performing songs in a jazz style. This film is credited with popularizing the use of recorded music in films.

Another example is the 1928 film “Black and Tan,” which featured Duke Ellington and his orchestra playing the music for a black cast. This film is significant because it was one of the first to feature an all-black cast and jazz music.

The use of jazz in the film was not limited to American films. The French film L’Age d’Or (1930) featured a jazz soundtrack, and the German film M (1931) used jazz music to create a sense of unease and suspense.

And, while the use of jazz music in the film was still fairly new at this point, it quickly gained popularity in the years that followed.

Jazz music truly came into its own in the 1920s, which was known as the “Jazz Age.” This was a time when jazz music was extremely popular and financial opportunities for musicians were on the rise. It was during this time that many famous jazz musicians, such as Louis Armstrong and Duke Ellington, rose to prominence.

As the popularity of jazz music increased, so did its use in film. One of the most famous examples of this is the 1931 film Harlem Nights, which featured several popular jazz musicians, including Duke Ellington and his orchestra. The film was a huge success and helped to solidify jazz music’s place in the film industry.

This age is also notable for being the time when the first all-jazz soundtrack was created for a film. The film in question is called Young Man with a Horn (1950) and starred Kirk Douglas as a trumpeter. The film’s soundtrack was performed by Harry James and His Orchestra and featured such popular songs as “I Found a Million Dollar Baby” and “She’s Funny That Way.”

One of the most iconic uses of jazz music in the film came in the 1951 film The Man with the Golden Arm. The film, which starred Frank Sinatra, featured the now-famous track “Fly Me to the Moon” by Buddy Rich. The track helped to propel the film to success and is still remembered fondly by fans today.

Additionally, the 1957 film Sweet Smell of Success, which is a noir classic, featured the song “I Wanna Be Like You” by Louis Prima. The use of jazz music in the film helped to create a unique and unforgettable atmosphere that has been imitated by many films since.

After, and during the 1950s, new styles of jazz were developed, such as cool jazz, which was marked by its smooth and relaxed sound. However, new music genres started to develop and gain popularity in the 1960s, such as rock and roll and soul, which led to a decline in the use of jazz music in film.

The Atmosphere of Jazz Music in Film

It is also used to convey a sense of energy and excitement, as in the films The Fabulous Baker Boys (1989) and Ocean’s Eleven (2001). Jazz music is truly versatile and can be used to create a variety of different atmospheres in film.

For example, the use of jazz music can help to create a nostalgic and romantic atmosphere. Or,  it can be used to convey a sense of sleek sophistication and glamor.

Jazz music has been a staple in the film industry since its inception, and has played a significant role in the development of the film. Jazz music is versatile and can be used to create a wide variety of atmospheres in film. From creating a relaxed and laid-back atmosphere to conveying a sense of suspense and excitement, jazz music can enhance any film.

And, as the popularity of jazz music continues to grow, its use in the film will likely continue to evolve and change.