The 1975 Detail New Album, Share Video for New Single ‘Part of the Band’

The 1975 have officially announced that their new album, Being Funny in a Foreign Language, will be out on October 14 via Dirty Hit. The LP was recorded at Real World Studios in Wiltshire, England and Electric Lady Studios in New York. Today marks the release of its first single, ‘Part of the Band’, which was co-produced by Jack Antonoff and comes with a video directed by Samuel Bradley. Check it out and find the album cover and full tracklist below.

The 1975 have been teasing the follow-up to 2020’s Notes on a Conditional Form for some time. Late last month, they revealed the title of the LP via postcards mailed to fans. They also shared the full lyrics for ‘Part of the Band’, and frontman Matty Healy has been sharing snippets of the track on his Instagram page. The band will make its live return this August, performing two shows as part of Japan’s Summer Sonic Festival.

Being Funny in a Foreign Language Tracklist: 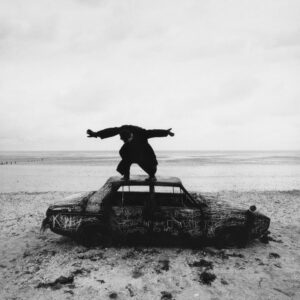 Being Funny in a Foreign Language Tracklist: