Improve Your Odds at Bingo With These Hidden Tricks 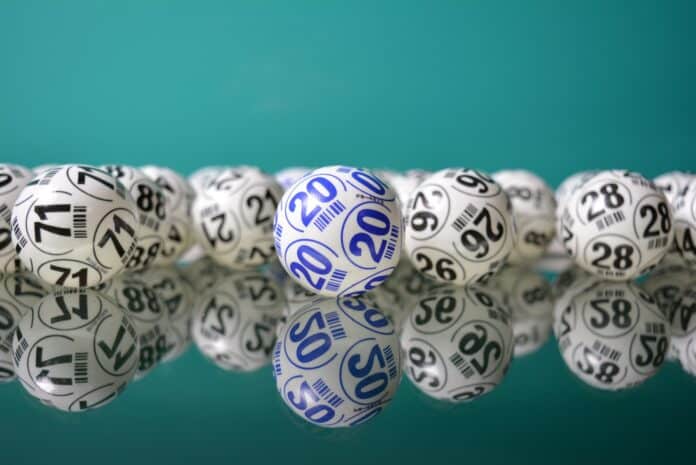 Bingo is a hugely popular game, enjoyed by people of all ages around the world. It’s a simple game to understand and play, which is part of its appeal. It is also a game of chance, meaning that anyone can win at any time. And while the odds of winning bingo might seem small,  what many people don’t realize is that there are a few tricks that you can use to improve your odds of winning this game.

So if you want to give yourself a better chance of taking home the prize, read on for some hidden bingo tips and tricks that will greatly improve your odds of winning.

The more cards you play, the better your chances of winning. Of course, this also means that you’ll have to spend more money on cards, so only do this if you can afford it. If you’re on a budget, simply playing one or two extra cards can still make a big difference in your odds of winning. If you play online bingo games like Blackout bingo, you can often get discounts for buying multiple cards at once. And since getting started with Blackout Bingo is quite easy and free, you have nothing to lose by giving it a try. All you have to do is create an account, pick the game you want to play, and then buy as many cards as you want. And who knows, you might just hit the jackpot without even leaving your house!

Know When to Play

The time of day that you play bingo can have an impact on your chances of winning. Bingo halls tend to be busiest during the evening and on weekends, so there will be more people playing and, thus, more competition. If you want to give yourself a better chance of winning, try playing during off-peak hours like mid-week mornings or afternoons. There will be fewer people playing at these times, which means you’ll have a better chance of being the only one with the winning card. Playing online bingo can also give you an advantage here, as there are often more games available during off-peak hours, so if you can’t make it to a bingo hall during these times, playing online is the next best thing.

This tip is a bit of a gamble, but it can pay off if you’re feeling lucky. When picking numbers for your bingo card, avoid picking popular numbers like 7, 28, or 42. These numbers tend to be picked more often than others, so you’ll be more likely to have competition if you choose them. Instead, try picking less popular numbers that aren’t chosen as often. You should also avoid picking the numbers that have already been called out, as these are also more likely to be chosen by other players. The best strategy is to stick to numbers that are in the middle of the bingo card, as these are less likely to be chosen by other players.

If you’re serious about winning at bingo, one of the best things you can do is join a syndicate. A syndicate is a group of people who pool their money together to buy multiple bingo cards. This gives them a much better chance of winning, as they essentially have multiple chances to win with each game. And since there will be more people in the syndicate, if anyone does win, the prize money will be split among all the members, so you’ll still walk away with some money even if you don’t win outright. Joining a syndicate is one of the smartest things you can do if you want to improve your chances of winning at bingo.

This is a strategy that more experienced bingo players use to give themselves an edge. A bingo calculator is a tool that helps you calculate the odds of winning based on the number of cards in play and the number of people playing. This information can be very useful, as it can help you determine how many cards you need to buy to improve your chances of winning. It can also help you decide when to quit playing if the odds are not in your favor. There are a few different bingo calculators available online, so do some research and find one that you’re comfortable using. Just remember, the odds are never 100%, so don’t get too discouraged if you don’t win every game.

This may seem like an obvious tip, but it’s important to stay focused when you’re playing bingo. The games can go by quickly, and it’s easy to get distracted and miss a number that’s called out. If you want to improve your chances of winning, it’s important to pay attention and mark off the numbers as they’re called out. You should also avoid talking to other people while the game is going on, as this can also take away from your focus. If you can’t stay focused, it might be best to sit out a few rounds until you’re able to pay attention again. Go for a walk, get something to eat, or just take some time to yourself to relax. Getting too wrapped up in the game can lead to problems, so it’s best to take a step back and relax every once in a while.

Don’t Get Too Greedy

This is another tip that may seem obvious, but it’s important to remember. Bingo is a game of chance, and no matter how good you are at it, there’s always going to be an element of luck involved. That means that you shouldn’t get too greedy and try to win every game. Instead, focus on having fun and playing the best you can. If you walk away from every game a winner, then you’re doing something right. But if you find yourself losing more often than not, it might be time to take a break and reevaluate your strategy. Getting too caught up in winning can lead to disappointment, so it’s important to keep things in perspective.

There you have it! These are just a few of the hidden tricks that you can use to improve your chances of winning at bingo. Remember, bingo is a game of chance, so there’s no guarantee that you’ll win every time you play. But if you use these tips, you should be able to increase your chances of coming out ahead. So what are you waiting for? Grab some friends, buy some cards, and get ready to have some fun!