Phoenix-based band Holy Fawn have announced a new LP called Dimensional Bleed. The follow-up to 2018’s Death Spells as well as the 2020 EP The Black Moon drops on September 9 via Wax Bodega. Check out the album’s title track below.

“We’re always going to be the same four humans making music,” singer-guitarist Ryan Osterman said in a statement about the album, which they co-produced with Mike Watts (Dillinger Escape Plan, Glassjaw). “With every release, I feel like we’ve continued to learn how to best support each other both mentally and musically, which enables us to try new things. Personally, I think this record has truly allowed us to explore more creative avenues than we did with ‘Death Spells’.”

“‘Dimensional Bleed’ vaguely refers to a concept of multiple dimensions and timelines that
could exist simultaneously,” guitarist Evan Phelps added. “A lot of different media has
alluded to this ideology, and I find the possibility of multiple dimensions intersecting and
bleeding into others to be fascinating.” 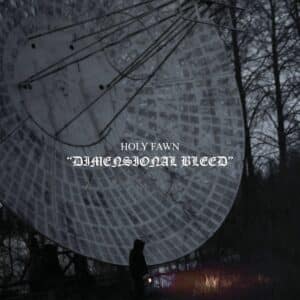