Gilla Band, the group formerly known as Girl Band, have announced a new album titled Most Normal. It’s set for release on October 7 via Rough Trade. To accompany the announcement, they’ve shared a video for the lead single ‘Eight Fivers’. Check it out and find the album’s cover artwork and tracklist below.

“’Eight Fivers’ is about 40 quid. It’s about being out of touch with modern circumstances while feeling socially limited,” frontman Dara Kiely explained in a statement. “Never fitting in and kind of proud of it. Stuck with what I have and happy for it. Being grateful and not fashionable, self-conscious and too aware of what is lacking. Accepting that jealousy played a big role in my life but trying not to feed into it.”

Most Normal marks Gilla Band’s third album, following 2019’s The Talkies. lt was produced, recorded, and mixed by the band’s Daniel Fox at Sonic Studios and their rehearsal place. 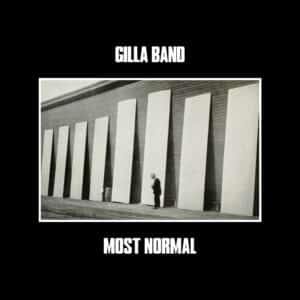