Panda Bear and Spacemen 3’s Sonic Boom have announced a new collaborative album. It’s called Reset, and it comes digitally out on August 12 via Domino, with a physical release to follow on November 18. Its first single, ‘Go On’, samples the 1967 Troggs song ‘Give It to Me’. Check out a video for it and find the album’s cover art and tracklist below.

Sonic Boom, whose real name is Peter Kember, mixed and mastered Panda Bear’s 2011 album Tomboy, and co-produced 2015’s Panda Bear Meets the Grim Reaper. Six years ago now, Kember moved from England to Portugal, at least in part so the pair could continue working closely together. According to a press release, Reset draws inspiration from Kember’s collection of records from the ’50s and ’60s.

A dollar from each CD and LP sold will go towards the environmental non-profit Earthisland.org. A limited edition translucent pink vinyl is available exclusively on Bandcamp with a $10 donation going to support MAPS, a non-profit organization that aims to develop psychedelic therapies as a form of mental health treatment. 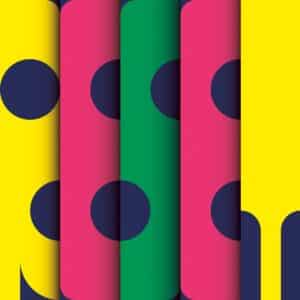