Irish singer-songwriter Sorcha Richardson has announced her sophomore album: Smiling Like an Idiot arrives on September 23 via Faction. The follow-up to 2019’s First Prize Bravery is led by the new single ‘Shark Eyes’, which you can hear below.

“It’s about falling in love with a person and a place, which in this case is Dublin, and how those two are interlinked,” Richardson said of the new album in a statement. “I started to think about things that accompany that intense euphoria. The deep anxiety that can sometimes go with it. That feeling you get when you’re on a rollercoaster, ascending – it’s exhilarating and terrifying. I think fear is a very big part of falling in love.”

Talking about the new song, she explained:

‘Shark Eyes’ is about being totally infatuated with someone who you know isn’t as interested in you as you are in them. It’s about following your darker and more destructive impulses and allowing yourself to be taken for a bit of a ride, partly out of boredom and curiosity, but also partly out of a lingering hope that maybe this time it will end differently. I think I wrote it as a way of admitting to myself that that relationship would never be anything more than it already was, but I wanted it to still have the sweetness of a love song. Sometimes there’s a real lightness and relief in coming to that realisation about someone and knowing and accepting the limits of your relationship with them.

It was the first song I wrote for this album and the first thing that Alex and I worked on together since we made my debut album First Prize Bravery. I think it acted as a bit of a green light to keep going. 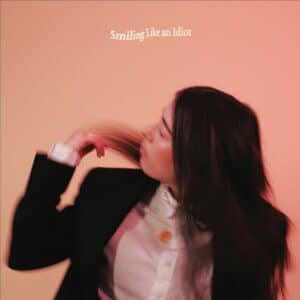