Khruangbin have announced a new collaborative album with Malian guitarist Vieux Farka Touré, honouring Vieux’s late father, the veteran bluesman Ali Farka Touré. Ali will be released via Dead Oceans on September 23, the day after Republic Day, the holiday commemorating the independence of the Republic of Mali from the Mali Federation. The album’s lead single, ‘Savanne’, is out today, and you can listen to it below.

According to a press release, the LP pays tribute to Ali by “recreating some of his most resonant work and experimenting with different sounds while maintaining the original’s integrity.” Vieux said of the collaboration in a statement: “I want this album to convey love. It is about the love that Ali brought into the world. It is about the love that I have for him and that Khruangbin has for his music. It is about pouring your love into something old to make it new again​.​”

Khruangbin added: “We made this album to honor Ali’s life and body of work. We hope this collaboration enlightens more people to Ali’s musical legacy.” 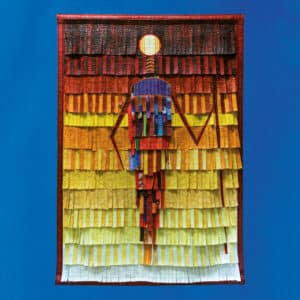