Philadelphia’s 2nd Grade have announced their sophomore album, Easy Listening. The follow-up to 2020’s Hit to Hit arrives on September 30 via Double Double Whammy. Its lead single is called ‘Strung Out on You’, and you can check it out below, along with the album cover and tracklist.

“‘Strung Out On You’ is a classic rock song about knowing something is bad for you but doing it anyway,” the band’s Peter Gill explained in a statement. “If Big Star had broken through commercially with Radio City and kept pursuing that accessible strain of power pop, I like to imagine they would’ve eventually written ‘Strung Out On You’ and scored a minor nationwide hit in 1979 or so. Radio DJs would spin it between ‘Caught Up In You’ and ‘Hurts So Good’, and it would soundtrack countless coming-of-age moments for misfit teens in the 80’s all over the Midwest.” 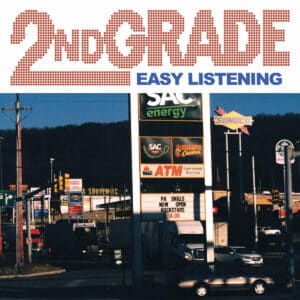