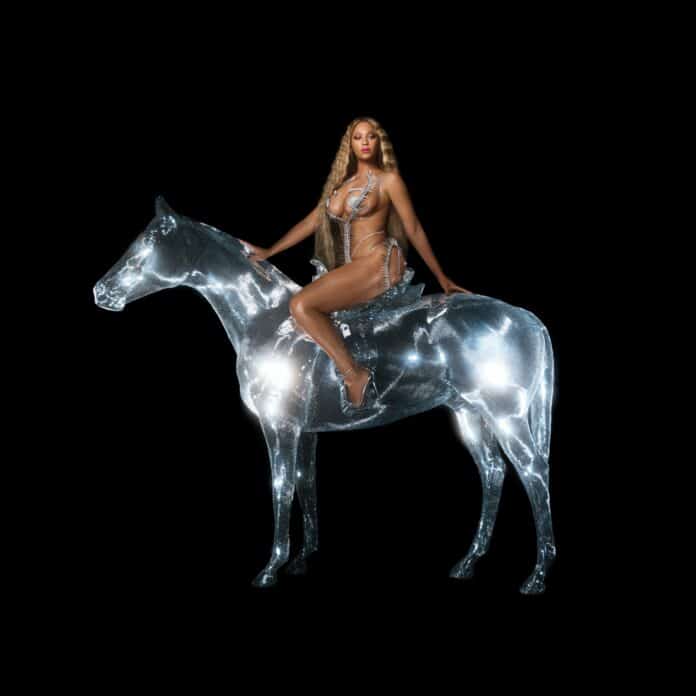 Beyoncé’s music, especially over the past decade, has thrived on narrative. Reclamation was the big selling point of her 2016 masterpiece Lemonade, a visceral portrait of infidelity that was as cinematic of a statement as its visual accompaniment. Though an ambitious storyteller, Beyoncé’s gift perhaps isn’t for telling stories so much as framing them, a skill she’s been cultivating from the beginning of her career but which has been at the heart of her work post-Lemonade. Her Disney+ film Black Is King served as a visual companion to The Lion King: The Gift, but was also an attempt to spotlight Black history and African tradition through a modern lens. Even without its accompanying Netflix special, her live album Homecoming revealed the true scope of an artist who, after setting a precedent with the surprise roll-out of her 2013 self-titled album, was clearly capable of harnessing and reimagining the universal appeal and lasting impact of her music beyond a single album cycle.

The pop luminary’s widening perspective is evident on RENNAISANCE, her first solo album of new material in six years, which sounds expansive even when you consider it’s only part of a teased trilogy. It’s a Beyoncé project through and through – who else (except maybe a couple of those listed in the credits) could afford to make it? – but the way she moves beyond the conventions of her prior output can have a dizzying effect. Though she remains committed to the themes of liberation and self-empowerment as well as her role as an archivist, it’s the first time it so boldly extends beyond her own legacy-building. The 16-track album is a celebration of and a journey through various dance genres made mostly by and for Black and queer people, from New Orleans bounce to disco and house music, one that pays tribute to both the unique characteristics of each style with flawless track-by-track production and, through its seamless sequencing, their radical entanglement. There is both sharpness and breadth to its approach, rendering it an exhilarating listen despite its hour-long runtime: a marvel of synthesis that successfully interpolates a single, unified vision.

In theory, what Beyoncé is offering aligns with what most pop artists have promised in the wake of the pandemic. Last year, teasing the title and throughline of the new project, she told Harper’s Bazaar: “With all the isolation and injustice over the past year, I think we are all ready to escape, travel, love and laugh again. I feel a renaissance emerging, and I want to be part of nurturing that escape in any way possible.” She reiterates this sentiment in the liner notes for RENAISSANCE, adding that it’s intended as a “safe place, a place without judgment,” and “a place to be free of perfectionism and overthinking.” Even those who might cringe a little reading the phrase “love and laugh again” in this context surely had little doubt that Beyoncé would follow through, but the nuanced history woven into these tracks is still surprising and slyly subversive. Even the word “nurturing” sounds humorously misleading for an album that’s more often carnal than tender in its intimacy (“He thought he was loving me good/ I told him go harder,” goes one line on ‘Thique’).

For such an immaculate pop album, RENAISSANCE is rough in more ways than one. There really is no narrative thread, which is perhaps the most refreshing thing about it. It’s as adventurous as anything Beyoncé has done before, but she allows herself to be more playful, loose, and even frivolous, riffing over fluid, rhythmic production and unconventional song structures that might throw some people off. It’s a different interpretation of freedom than the one she’s offered in the past, when it was delivered with fiery urgency. There’s plenty of refrains here, but hardly any sing-along choruses; as expensive as it may have been to produce, it seems to have little concern for marketability. Although Beyoncé’s dynamic performances are always at the center of the album, the interplay between her vocal melodies and the sounds (and many, many samples) that underpin them are more symbiotic, giving it an immediacy that balances its retro-futuristic aesthetic. The album’s thumpy, propulsive energy never dips, but even on the relatively laid-back ‘Plastic Off the Sofa’, her range as a vocalist is remarkable.

She is, of course, in great company. The album features a host of musical collaborators whose status ranges from mainstream to more underground, iconic and up-and-coming, often combining their talents in surprising ways. There’s legend Grace Jones crossing paths with Tems on ‘Move’; PC Music mastermind AG Cook and Lady Gaga producer BloodPop helming the maximalist ‘All Up In Your Mind’, leading the way for this kind of experimentation beyond just remix projects. She enlists Nile Rodgers and Giorgio Moroder, Skrillex and Honey Dijon; samples ‘I’m Too Sexy’ and Donna Summer’s ‘I Feel Love’, Atlanta rapper Kilo Ali and drag artist Moi Renee. It’s less messy than it sounds, but more messy than you’d ever expect a Beyoncé album to be – as relentlessly fun as it is experimental.

Even as Beyoncé seems fully aware of RENASSAINCE‘s place not just as part of this new trilogy but in her greater catalog, it never distracts her from homing in on either of these qualities. It will be interesting to see which direction future installments lean more on, but the way this first preview bounces between hedonism and curiosity makes it hard to think of it as just that. The road to RENASSAINCE reminds us that, naturally, Beyoncé is always one step ahead. ‘Break My Soul’ was the obvious lead single, questionable for its anti-capitalist sentiment but an undeniably infectious summer jam; then she gave us a tracklist that included a song titled ‘America Has a Problem’, which ended up offering no explicit social commentary. (The problem is knowing “that booty gon’ do what it want too.”) This is Beyoncé playing with expectations of what she’s supposed to represent without undermining her power and influence, acknowledging that the fight for freedom can be expressed in more ways than one – indeed, it has to. Besides, there’s nothing apolitical about an album centering on and reveling in Black joy, desire, and self-love in the way that RENAISSANCE does. What’s most thrilling is how brightly, and meticulously, the story shines beyond herself.

Album Review: Beyoncé, 'RENAISSANCE'Beyoncé's music, especially over the past decade, has thrived on narrative. Reclamation was the big selling point of her 2016 masterpiece Lemonade, a visceral portrait of infidelity that was as cinematic of a statement as its visual accompaniment. Though an ambitious storyteller, Beyoncé's gift perhaps...