Breanna Barbara has announced her second album: Nothin’ But Time will be released on November 11 via Fuzz Club. Today, the NYC-based singer-songwriter has shared its first single, ‘Diamond Time’, alongside an accompanying video. Check it out below, and scroll down for the LP’s cover art and tracklist.

“Diamond Light is a song about memory and how it can change through your perception of time,” Barbara explained in a press release. “Someone once said that life is like riding on a train backwards, you’re moving forward but you can only see where you’ve been. I have these memories from when I was a little girl and the older I get the more I start to see them in different ways. I equate Diamond Light to those shimmering moments that stick out in your brain and continue to move through time with different facets and faces, sort of like a diamond.”

The video idea came after meeting up with my friend/director Kevin Jacobsen when I told him what the song was about and some memories I had when I was a little girl and how differently I see them now. He came up with this touching storyline that I found sad but also really beautiful. It was shot on March 15, 2020, the day our world changed and coincidentally on my birthday (also the Ides of March for those who are counting, there’s some serious juju on this day.) I will never forget that day just because it was like something out of a movie while simultaneously trying to create one. We had people cancelling left and right because of the news but everyone that did show up was dedicated to making it happen. I cherish this video for so many reasons but mostly because it is a keepsake for the world before. Creating art has never been easy but I’m so grateful we got to make it that day when everything was turning on its head, even just to dance a little.

Barbara recorded the new album with Andrija Tokic, who worked on her 2016 debut Mirage Dreams. It features contributions from Jack Lawrence (The Dead Weather), Tall Juan, Derry DeBorja (Jason Isbell), and Champagne Superchillin’s Ben Trimble and Charles Garmendia. “I wanted to make a record that reflected what was going on in the world and outside of myself, while exploring my sound more,” Barbara commented. 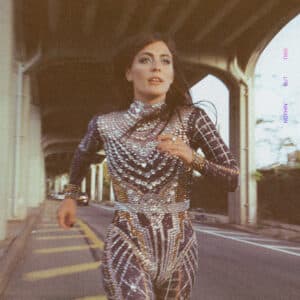