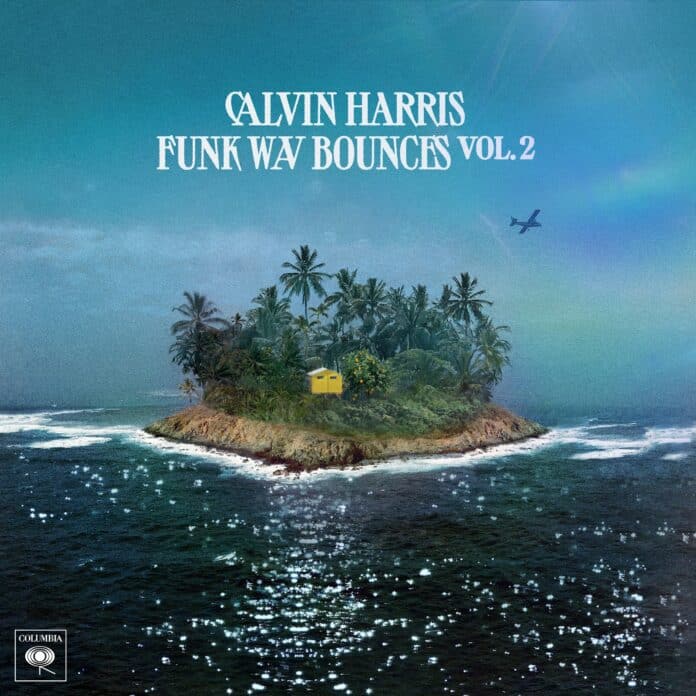 Even without Vol. 1 slapped at the end of its already pretty ridiculous title, a sequel to the first installment of Calvin Harris’ star-studded Funk Wav Bounces series would have always seemed inevitable. It’s not just that the super-producer has rarely pivoted to a new sound after a single album (his first four records can be grouped in pairs); the 2017 collection, while not quite registering as background music, seemed tailor-made to soundtrack summer nights that never end, so another set of chilled-out tracks could only help enhance the experience. It might seem strange that it took half a decade for it to arrive – even stranger that it’s been that long – but now that it’s here, everything about Funk Wav Bounces Vol. 2 makes entirely too much sense.

As is to be expected, the new album retains the formula that made Funk Wav Bounces Vol. 1 so irresistibly enjoyable: an effortless mix of plush, laid-back R&B and nu-disco that coasts on a certain vibe more than the personality of the artist behind it, or even the impressive cast of A-listers that guest throughout. In promoting the record, Harris has made an even bigger point of his use of live instrumentation, telling Apple Music that he wants “the layers and the grit and the dirt. I don’t want everything to be mixed perfectly.” You can certainly catch some of these new layers on Vol. 2 – the strings on ‘New to You’ and the guitar lick opening ‘Potion’ are particularly nice flourishes – but you’d have to dig pretty deep to find anything resembling “the grit and the dirt.” (For a taste of what he means, check out the grimy guitar tone on ‘Somebody Else’.) For the most part, though, it sounds predictably similar to its predecessor, with a few of the same names – Pharrell Williams, Migos’ Offset, Young Thug, Snoop Dogg – also lending their talents to the new offering.

Funk Wav Bounces Vol. 1 succeeded despite its disinterest in the idea of reinventing dance music, so not changing things up the second time around shouldn’t be to the album’s detriment. Yet Vol. 2, while not exactly missing the mark, pales in comparison to the previous collection, lacking the touch of character and flavour that made it a pleasant surprise. The closest it comes to emulating Vol. 1 standouts ‘Slide’ and ‘Feels’ is ‘Potion’ with Dua Lipa and Young Thug, but like elsewhere on the album, the production is too boilerplate to come across as sultry. While some of the pairings on Vol. 1 were surprisingly effective – Kehlani’s smooth vocals set against Lil Yachty’s rapping, for example – a few here feel surprising but don’t quite work as well, like ‘Obsessed’, in which Shenseea’s strong verses can’t make up for a painfully awkward hook from Charlie Puth. Whatever chemistry there might have been on ‘Stay With Me’, a song with some of the most recognizable names on the planet – Justin Timberlake, Halsey, Pharrell – has been entirely flattened by the vocal layering, prioritizing the hooks of a song that doesn’t really have the best of them.

Some of the most memorable performances on the album stand out in isolation. Even if his rhymes don’t exactly fit the relaxed groove of the record, Busta Rhymes does a lot to turn up the energy halfway through on the straightforward ‘Ready or Not’, while Swae Lee’s melodic crooning adds an unexpected emotional texture to ‘Lean on Me’ just before things come to a close. There are a couple of colourful collaborations, too, among them Stefflon, Chlöe, and Coi Leray’s ‘Woman of the Year’ and the gracefully cinematic ‘New to You’ with Tinashe, Offset, and Normani. But more so than before, Vol. 2 feels less like the kind of breezy, carefree escape you can indulge in at any time and more like a record that needs to find you at the right place at the right time. Everything has to be kind of perfect, which explains why it sounds more polished than any other summer album you’re likely to hear this year. But when the party winds down, you’re left wondering where the real magic is.

Album Review: Calvin Harris, 'Funk Wav Bounces Vol. 2'Even without Vol. 1 slapped at the end of its already pretty ridiculous title, a sequel to the first installment of Calvin Harris' star-studded Funk Wav Bounces series would have always seemed inevitable. It's not just that the super-producer has rarely pivoted to a new sound after...