Chicago punks Meat Wave have announced their next album, Malign Hex, with a video for the new single ‘What Would You Like Me To Do’. The follow-up to 2017’s The Incessant lands on October 14 via Big Scary Monsters. Check out the song’s visual, directed by vocalist/guitarist Chris Sutter, below, along with the album artwork and tracklist.

“‘What Would You Like Me To Do is the anti-ode to the baby boomer man,” Stutter explained in a statement. “How can, as a society, we navigate the entitlement? The idea for the video started as an instructional dance routine by Ryan. It quickly morphed into something more freaky and free. The video is years in the making. Directed by myself. We usually try to avoid being in the video. But this time was different. We had a lot of fun doing it.”

Stutter described Malign Hex as “a culmination of what we’ve been doing for 11 years. We’ve been working towards this.” Bassist Joe Gac added: “Our sound in the beginning was consistently very driving. Now, that characteristic is merely a tool we can reach for. I don’t think it completely defines what we’re doing.”

“We recorded [Malign Hex] the same way we always have— live in a room together,” drummer Ryan Wizniak said. “But we allowed ourselves to embellish more and take more chances with extra instrumentation.” 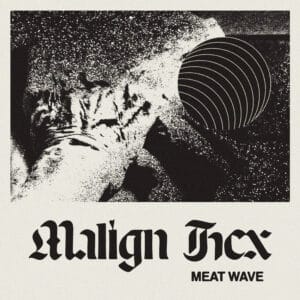