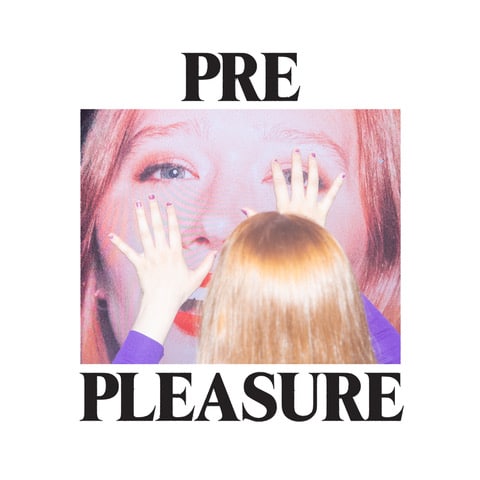 There’s a moment on ‘Less of a Stranger’, a stark highlight from Julia Jacklin’s magnificent third album PRE PLEASURE, that’s sort of magical. Rarely does the Australian singer-songwriter play tricks with the camera, but here, she turns the lens around in a way that’s both startling and revelatory. “When I look into the mirror/ I see my father/ When I close my eyes/ I see you,” she sings, an emotional truth that transcends the physical realities of the body she yearned to explore on a song like ‘Head Alone’. The “you” in question is her mother; the song is a plea to understand and be understood, to bend and finally align with the primordial line that connects them. Then, switching perspective, she asks, “When you look into the mirror/ Does your father appear?/ Eyes closed/ Do you see your mother too?” She’s probably addressing the same person she’s aching to feel less estranged from – to relate on this fundamental level – but hearing it, it’s hard not to feel like the light’s suddenly fallen on you. There’s a wall that breaks: What if the darkness, at least, means the same thing to those of us listening?

While PRE PLEASURE isn’t exactly cinematic, Jacklin’s awareness of how every thread of life reverberates into the present and onto others is constantly switched on. If it plays a little like a movie, she knows she doesn’t really have the power to direct it, and that there might be little to be gained from projecting it. After ‘Less of a Stranger’, Jacklin zooms out on the following track, ‘Moviegoer’, where the struggle to find connection through art is not only pointless but potentially damaging:  “Moviegoers forty dollars down/ Nobody from work invites them round for dinner/ Movie director is going down too/ Forty million dollars still nobody loves you.” On opener ‘Lydia Wears a Cross’, she rewinds the tape back to her childhood – something she’s rarely attempted in her songwriting before – to examine the role religion has played in shaping her worldview, but you can also hear the chorus as a reflection of her fractured relationship with her chosen artform: “I’d be a believer/ If it was all just song and dance.” A lightly distorted guitar line accentuates the melancholy.

Her approach on PRE PLEASURE is to loosen the pressure, put in the work, and give it time. “The songs on this record took either three years to write or three minutes,” she remarked in press materials, and you can’t really tell the difference. She started a lot of the songs on keys rather than guitar; traveled to Canada and worked with a new producer for the third time; fell back in love with the theatrical pop of Robyn and Celine Dion. On some of the album’s biggest, most gripping songs, she communicates with an urgency that sounds fresh and rejuvenating, even if whatever joy they radiate is fleeting and volatile. On ‘I Was Neon’, she sees herself as “a floodlight/ Arms out reaching for everything in sight,” a vision so immense it’s a wonder the song, as propulsive as it is anxious, feels capable of carrying it.

To record, Jacklin collaborated with her Canada-based touring band, bassist Ben Whiteley and guitarist Will Kidman, who also play in the Weather Station, and standout ‘Love, Try Not to Let Go’ initially evokes the kind of poetic restraint that marks Tamara Lindeman’s songwriting; you can imagine Jacklin sitting down on the piano and finding her way through the song, gently leaning on the simple but eternal weight of words like love and time. Until, that is, it explodes with the same restless intensity that drives ‘I Was Neon’, the fear of losing hold of everything you’ve spent a lifetime trying to embody and express. “Can I give my love to everyone somehow?” she wonders, a thought that leaves her breathless and overwhelmed.

On the heart-wrenchingly intimate ‘Too in Love to Die’, Jacklin puts all her faith in that life-giving force, her voice delicate and enveloping, stretching out as she vows to “reach out a hand.” Her extraordinary commitment is a striking contrast to the wariness and caution with which she has learned to treat every relationship, the stories of internalized shame and “conflicting advice” she unpacks elsewhere on the album and that continue to haunt her. Despite a perceived lack of control, when it grounds itself in the present, PRE PLEASURE feels like seeing the world tentatively through new eyes. On the penultimate ‘Be Careful With Yourself’, she directly relays her approach to preserving a meaningful connection, which is deliberate and practical, yet sometimes, she admits on ‘End of a Friendship’, ultimately futile: “I sat there in silence, accepted our fate/ We always found it hard to relate.” Maybe doing the work alone isn’t enough; there’s always more hanging in the air. “All my love is spinning round the room/ If only it would land, plant and bloom,” she sings, devastated and still bursting with love that’s endless and free. Try to contain it, and you’d miss the perfect shot.

Album Review: Julia Jacklin, 'PRE PLEASURE'There's a moment on 'Less of a Stranger', a stark highlight from Julia Jacklin's magnificent third album PRE PLEASURE, that's sort of magical. Rarely does the Australian singer-songwriter play tricks with the camera, but here, she turns the lens around in a way that's...