Arctic Monkeys have announced their new album: The Car will be out on out October 21 via Domino. The follow-up to 2018’s Tranquility Base Hotel & Casino was produced by James Ford and recorded at Butley Priory in Suffolk, La Frette in Paris, and RAK Studios in London. According to a press release, the 10-track LP “finds Arctic Monkeys running wild in a new and sumptuous musical landscape and contains some of the richest and most rewarding vocal performances of Alex Turner’s career.” Check out the album’s cover art (shot by drummer Matt Helders) and tracklist below.

The Car will include ‘I Ain’t Quite Where I Think I Am’, a track the band premiered during their show at Switzerland’s Zurich Openair festival last night (August 23). The band has a few more dates in the UK and Europe before heading to North America, South America, and Australia later this year. 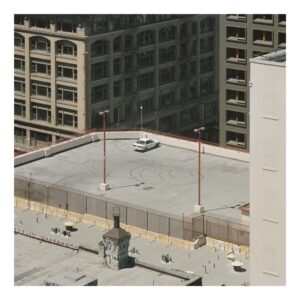