The Casual Dots – the indie rock band featuring vocalist and guitarist Christina Billotte (Slant 6, Quixotic, Autoclave), guitarist Kathi Wilcox (Bikini Kill, Frumpies), and drummer Steve Dore (Snoozers, Deep Lust) – have announced their first new album in 18 years. Sanguine Truth is set for release on September 23 via Ixor Stix Records. Check out the new single ‘The Frequency of Fear’ below, along with the album cover and tracklist.

The new album marks the Casual Dots’ first release since their 2004 self-titled LP, which was produced by Fugazi’s Guy Picciotto, who also produced the new record. A reissue of the Dots’ debut will also come out on September 23. 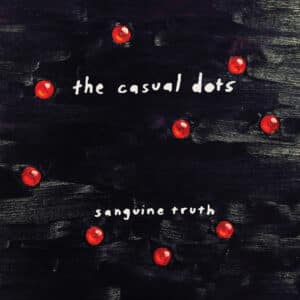