Album Review: Muse, ‘Will of the People’ 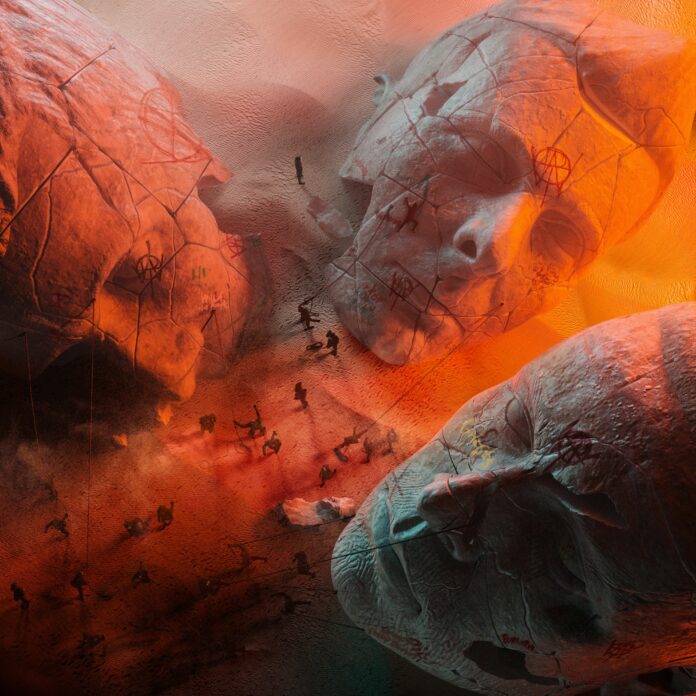 About two years ago, when the outside world seemed like it was just starting to open up, I imagine there were more than a few bands that got together in a room for the first time in ages and hastily wrote a song containing the phrase: “We are fucking fucked.” I also assume that, in most cases, the instinct would be to collectively laugh it off and start doing serious work. Muse, on the other hand, a band that admirably has long abandoned the idea of coolness, naturally had no issue building it out into the grand finale of their ninth album, Will of the People. It’s certainly not a difficult sentiment to get behind, but it must take a certain amount of conviction to try and sell a song titled ‘We Are Fucking Fucked’, even if the time and money a major label is willing to invest in you doesn’t always come with the appropriate level of quality control. After all, they make it sound so effortless and familiar: just take the commercial rock formula that’s worked so many times before and amp it up with the usual Muse pyrotechnics. It’s easy to get away with it when you’re giving the people exactly what they want.

The people that Muse have been talking about for at least two decades, of course, are not getting what they want. Their messaging is as painfully obvious as it is vague, and Will of the People does little to upend the broad political sentiments that have fuelled their albums since Absolution. But given how blatantly the past few years have brought fraught social and economic issues to the surface, it’s probably a wise decision that their commentary this time is less centered on a dystopian reality than “what’s actually happening in the world right now.” If you found Drones or The 2nd Law to be lacking in nuance, you should have no reason to expect that to change on a record called Will of the People, and it doesn’t. As ludicrously unsubtle as these albums may have been, though, at least their intentions were clear and seemingly pure. Their latest comes off a bit more jumbled and confounding in that regard.

Take the title track, which kicks off the album: surely, an opening mission statement that’s best read as a call to arms in the same vein as ‘Uprising’. Fair enough. I’m not sure why it has to creepily invoke ‘Beautiful People’ by Marilyn Manson, except… Is the song actually meant to be satire? An allusion to the January 6 riots? Is that the premise of the entire album? Are we meant to empathize with or be critical of the lovers who, on the dramatic ballad ‘Verona’, take off not just their clothes, but their masks, to taste (ew) “contagion on our lips”?  ‘Compliance’ is less ambiguous, but whatever point it tries to make about the evils of the establishment is undercut by its spineless brand of synthpop. The irony is immediately countered by ‘Liberation’, an earnest, Queen-indebted protest song that ends with the awkward proclamation: “I guess we should thank you… For playing your part in our liberation.” For a band with such an ostensibly rebellious spirit, somehow they end up sounding increasingly more complicit in the systems they’re supposed to be tearing down.

It gets to the point where you’re not sure if the album’s most absurd moments are its worst or its best. ‘You Make Me Feel Like It’s Halloween’ clearly has no business being anywhere near this album, but it emulates the endearingly camp aesthetic of 2018’s Simulation Theory in a way that’s actually pretty fun. The only reason it exists is that the band intended the album to be “a montage of the best of Muse,” and this is the obligatory nod to their previous era. It’s also, presumably, why we get ‘Euphoria’ and ‘Compliance’: ‘Hysteria’ and ‘Resistance’ were obviously hits, so we not flip the concept? Some of the album’s most enjoyable songs are the ones that venture into a heavier sound that’s a bit more rare for the band, including ‘Won’t Stand Down’ and ‘Kill Or Be Killed’; on those occasions, Muse’s version of improving old tropes seems to be taking them to further extremes, and it’s so pompous it kind of works.

The true outlier, however, is ‘Ghosts (How Can I Move On)’. Muse have certainly released this kind of breakup ballad before, but this one is delivered with such genuine passion that it seems both entirely unrelated to the state of the world and capable of resonating through it. If Will of the People is an uninspired exercise in nostalgia, ‘Ghosts’ is the one song that communicates the frustration that seems to underlie a lot of the songs in a way that’s surprisingly potent. Offered to their label after it had just proposed a greatest hits collection, the album aims to recreate the band’s past glories while grounding itself in the realities of the present, but struggles to do both. Yet when they give up the effort to be profound or inventive, they come through with some of their most ridiculous and moving songs in years. As Matthew Bellamy sings halfway through, “Here’s to letting go.”

Album Review: Muse, 'Will of the People'About two years ago, when the outside world seemed like it was just starting to open up, I imagine there were more than a few bands that got together in a room for the first time in ages and hastily wrote a song containing...