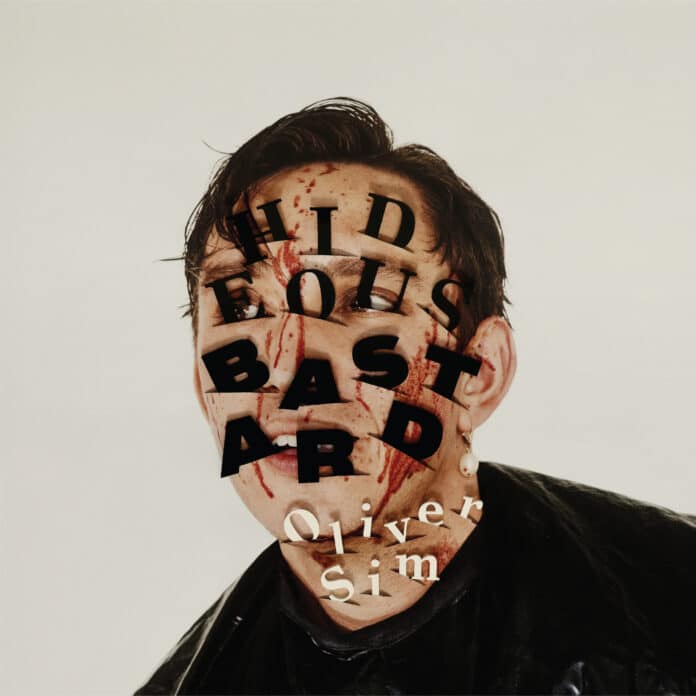 For some, the radical honesty that defines Oliver Sim’s solo debut might feel a bit startling. A certain amount of vulnerability is almost to be expected when a musician begins to carve their own path, particularly when they’re best known as one of the singers of a band like the xx, which has long developed, and slowly broken away from, a reputation for moodiness and quiet restraint. The release of 2017’s I See You marked not only a turning point for the group’s distinct sonic palette, but also a lyrical shift towards openness. Still, the most striking aspect of Hideous Bastard is how Sim chooses to package that kind of intimacy; he isn’t interested in just stripping things back further or making a profound, empowering statement as many artists would. From the start, it’s the unusual yet refreshingly genuine presentation that sets him apart.

The record’s opening track, ‘Hideous’, begins with a devastating stream of thoughts that culminate in the revelation that Sim has been living with HIV for the past 15 years. Yet as the song builds, it sounds less and less like a confessional monologue and more like a strange kind of horror film – an atmosphere that becomes apparent even if you’re not watching its accompanying video – which is how Sim envisioned the entire project. His bandmate Jamie xx’s production grows more ominous, Sim’s introspective lyrics more slyly allusive. By the time Jimmy Somerville’s voice enters the frame, offering a haunting invitation, it’s clear the effect is meant to be somewhat unsettling; there’s a line about trapping yourself indoors that harbous loneliness but doubles as an eerie premonition. In a recent interview, Sim has said that being in the xx still feels like his home: “The band kind of gives me everything I need.” Yet exploring one’s self often necessitates venturing outside of that familial environment, and Hideous Bastard finds him doing just that – even if those first steps feel a bit tentative.

Across ten songs, Sim shows a campier, more playful side of himself that never contradicts the sincerity that grounds his work. Much like when Romy released her first solo single in 2020, it also provides a queer space that hasn’t yet materialized in the xx’s discography. ‘Romance With a Memory’, which served as the first preview of the LP, is its cheekiest and most upbeat cut; his sense of humour is reflected in the colourful production, warping the phrase “my taste for disinterest” like a little self-directed joke. Though his lyricism hews towards vagueness, he has a way of concentrating on a single subject – a memory – and letting it unravel, as in the evocative ‘Never Here’, but he also opts for direct over poetic language when necessary. On ‘Confident Man’, the simple repetition of the title makes it sound like a potential source of comfort rather than insecurity, but the wormy synths, mirroring the singer’s self-doubt, quickly underline the fear that’s projected onto it.

Occasionally, the writing can feel underdeveloped. As he expresses in ‘Unreliable Narrator’, Sim appears to always be conscious of how much he’s willing to reveal, and in what form. “Under, over kind of sharer/ Kind of act that’s second nature,” he sings. Yet that conflict is never fully explored and leaves the song feeling like a half-interlude rather than its own journey. ‘Sensitive Child’ also comes off more like a sketch of a song than one that propels the narrative, prioritizing aesthetics in a way that the stronger tracks don’t. Yet the production and Sim’s performance remain engaging, particularly when he sings what sounds like a few feet away from the microphone; a jarring choice, but one that adds a raw physicality to themes of emotional distance.

The progression Hideous Bastard undergoes can be felt even if it could be expanded upon. Some of the more satisfying songs are placed towards the end: ‘Fruit’ is as lyrically cutting as it is musically sweet, and standout ‘GMT’ is intimate in the truest sense – letting in warmth and sentimentality but reserving some meaning that can only be deciphered by the addressed party. As for the listener, the album leaves something to be desired, but Sim brings in enough of himself – and the friends and collaborators that allow him to be express that – to make you want a second feature. Especially when the first one has such a cryptic ending: “Even Romeo dies in the final scene,” he sings resolutely on ‘Run the Credits’. You wonder not so much what this death means, but who Romeo was in the first place – and how he might return.

Album Review: Oliver Sim, 'Hideous Bastard'For some, the radical honesty that defines Oliver Sim's solo debut might feel a bit startling. A certain amount of vulnerability is almost to be expected when a musician begins to carve their own path, particularly when they're best known as one of the...